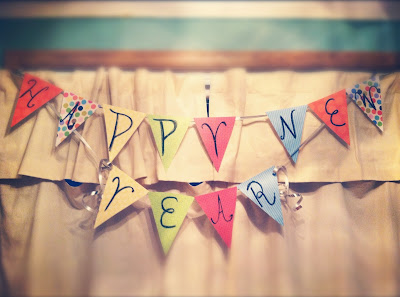 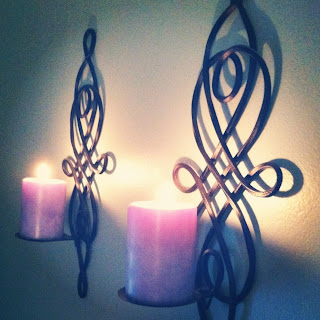 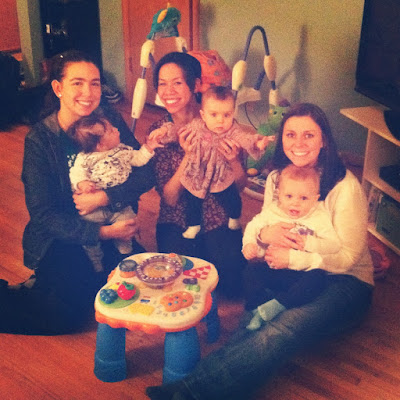 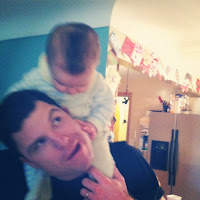 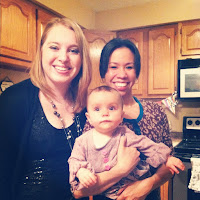 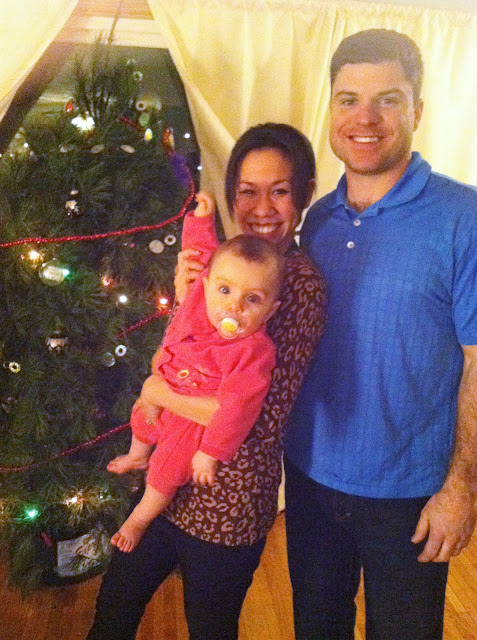 Joe and I are kind of notorious for being lame on New Year’s. For the past three years, I’ve worked on New Year’s Eve. And he almost always works on New Year’s Day. So, it was a little unlike us to do something. But we did!
We sent out a last minute invite for an early evening get-together to a few of our couple friends, namely those who also have babies and/or did not want to be out late. As a result, we actually had a pretty cute little gathering. We spent the morning cleaning (meaning I hid stuff while Joe dusted and spiffed up our floors). I made a few no-fuss snacks. My favorite is the little smokies. Just dump in a crockpot with BBQ sauce. Bam. Nothing bad EVER comes out of a crockpot. We also had a few, in my opinion, New Year’s staples: pinwheels and shrimp cocktail among other yummy dishes brought by our guests. Joe even got to use his new fire pit with the man folk briefly before it started raining/snowing (Really, there were husbands there too. The ladies and babies are just more willing to be photographed.)
Everyone went home pretty early since there were several little babies who had to go to bed. After it was just Joe and I, we settled into a Big Bang Theory marathon, played Words with each other via our phones, and grazed on the leftovers before calling it a night. For it being our first New Year’s Eve in our first home with our little New Year’s baby, I think we can call it a success. Happy 2012!