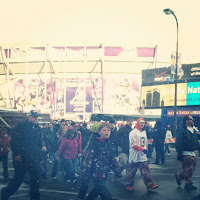 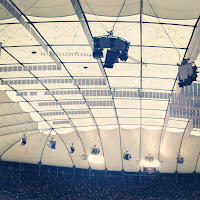 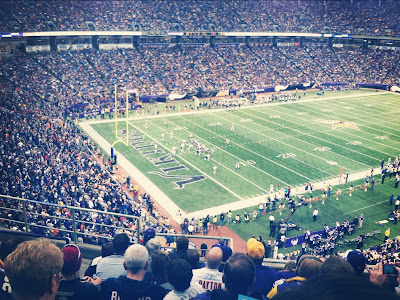 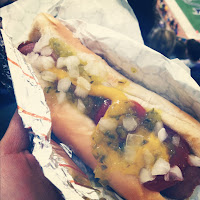 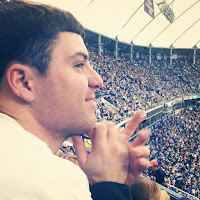 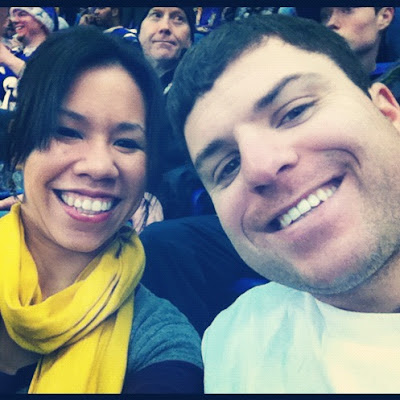 To start off the new year, Joe and I had a date-a REAL date! Just the two of us and out of the house. We braved the chilly weather and the crowds to attend the Vikings vs. Bears game at the Metrodome this afternoon. I’m a little ashamed to admit that although I hail from Chicago, this was actually my first Bears game.
To be honest, the game wasn’t super exciting since both teams have not had a good season and our seats were pretty high up there. BUT I was reunited with my old lover, the Dome Dog, so that was good enough for me. And the collapsed Metrodome roof is back in tact, so we were nicely shielded from the elements. And it was pretty cool seeing Jared Allen break record for sacks in a season for the Vikings (and so close to the NFL record!).
A BIG thank you to Jake and Emily, our fearless babysitters who took on C Monster in addition to their own three-month-old. Cece was so smiley and chatty when we picked her up that I assume she had a blast wearing them out.