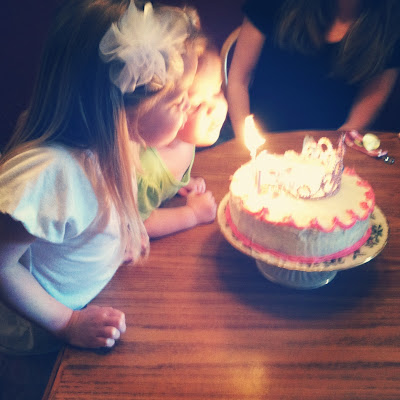 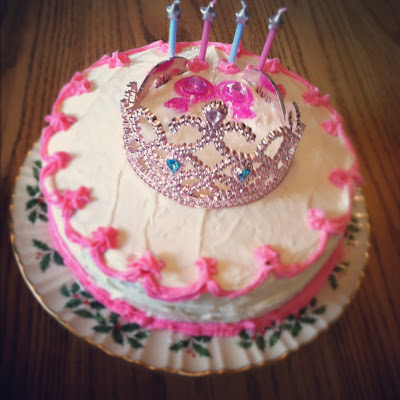 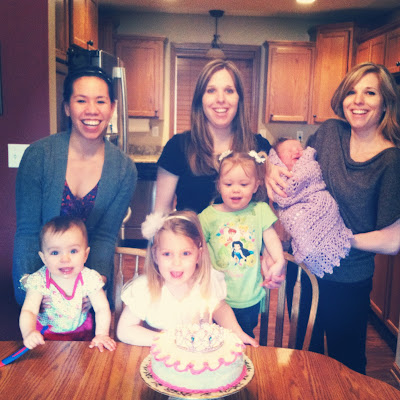 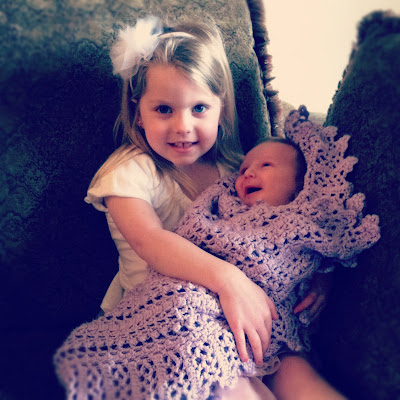 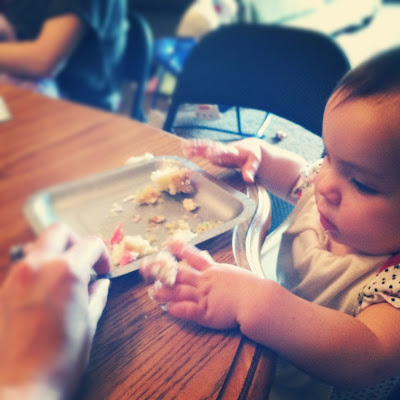 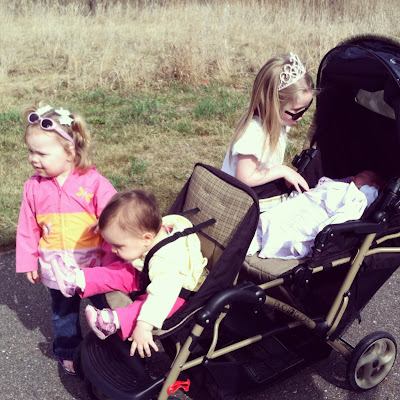 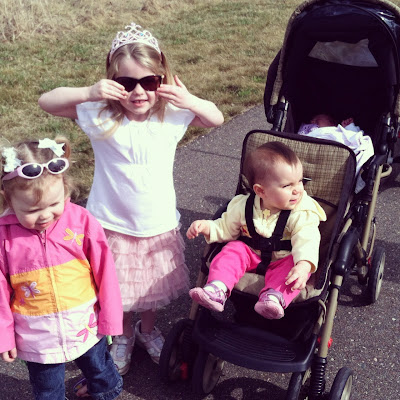 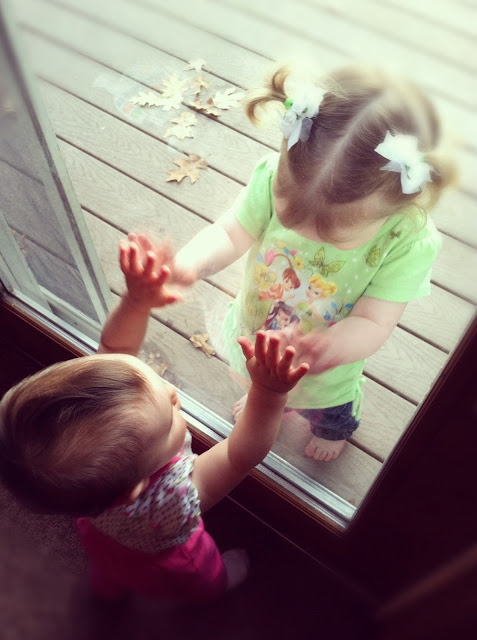 For the first time ever, my twin sister-in-laws and I got together the four youngest granddaughters for a play date extravaganza. What was intended to be a daytime visit turned into an overnight visit for us in St. Cloud. And then there was even a little more playing the next day before Cece and I returned to the cities. We had an adorable early birthday party for Abigail. (The above cake was made by Andrea.) We also took the girls on a walk, grilled at Grandma’s and Grandpa’s, and even made an appearance at Grandpa’s office to show off all the granddaughters. If you think taking four girls under four out and about in one vehicle is a quick endeavor, I don’t believe you have ever tried it!
Even between moments of chaos, sticky fingers, food-covered faces, and a LOT of chasing, C and I had so, so much fun! Coming from a medium-sized noisy crazy family, I find it just wonderful to now be part of an extra-large noisy crazy family. I have a feeling it’s going to be a riot watching these girls grow up together. Birthday parties, dress-up, sleepovers, forts, secrets, copious amounts of popcorn… I get giddy just thinking about it.
Thanks for letting us get in on the action!