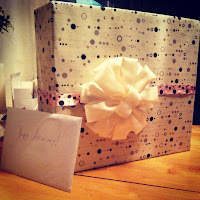 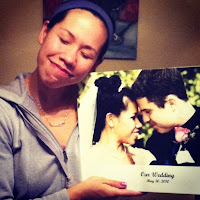 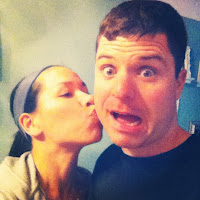 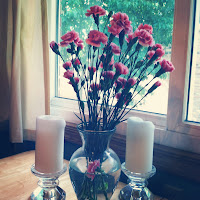 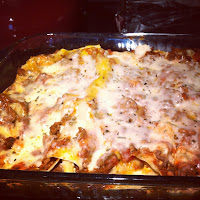 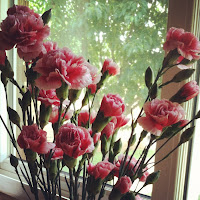 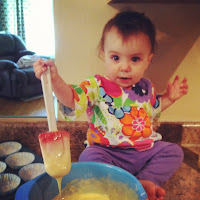 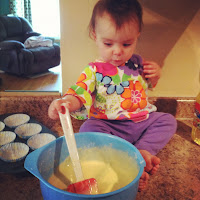 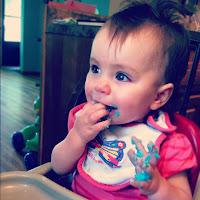 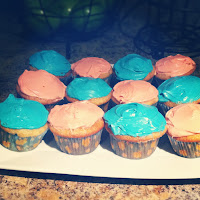 Instead of doing a bunch of romantic and meaningful things all in one day, some of that anniversary niceness got spread out over the week. (Flowers and Chipotle on Tuesday, gifts exchanged on Wednesday, lasagna on Thursday, and cupcakes on Friday). The best gift was from Joe to me and it was our wedding album all put beautifully together by his sister Angela. It was just so lovely. I even got teary when I reached the end of it.
However, in addition to that foo-foo anniversary business, Cece ran a fever this week. So she was a hot and unhappy tot, but she’s back to herself again which we all enjoy. Then as she got better, I ran a fever wasn’t feeling so great myself. I’m glad she is well again and I do appear to be on the mend. Other than our health woes, it has been a sweet week.

(And yes, those cupcake wrappers have ducks on them. They were left over from a baby shower and they were all I had!)