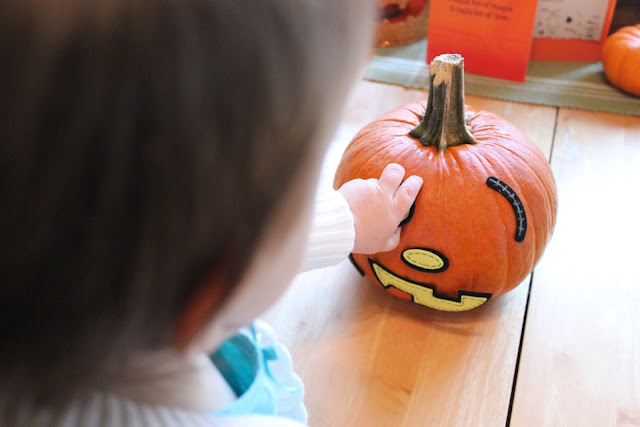 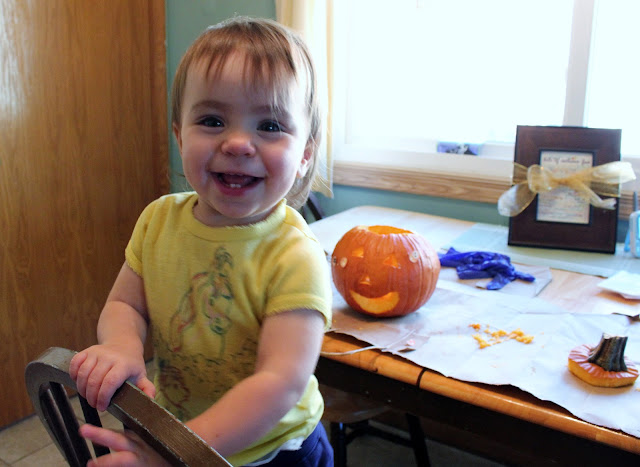 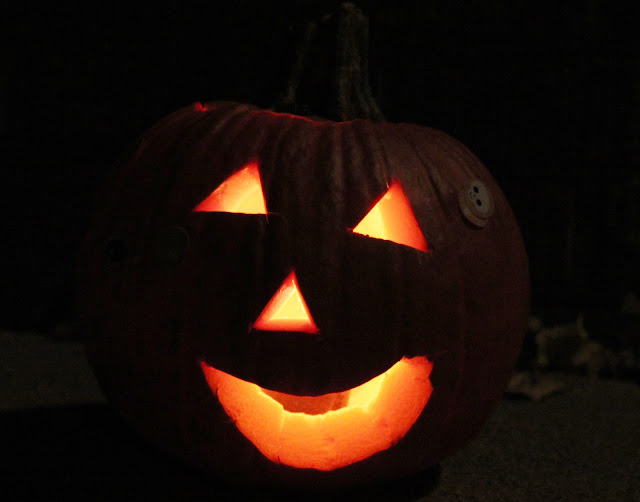 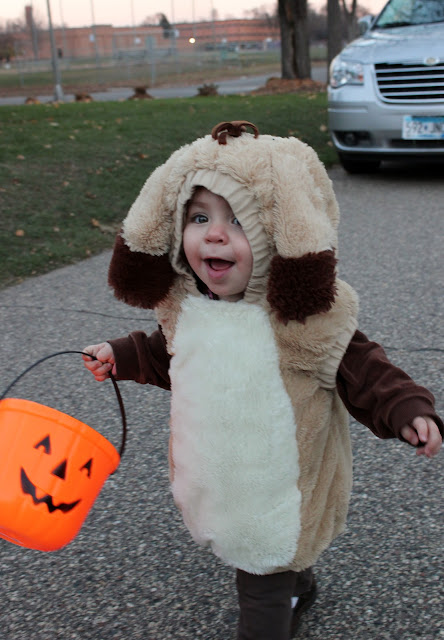 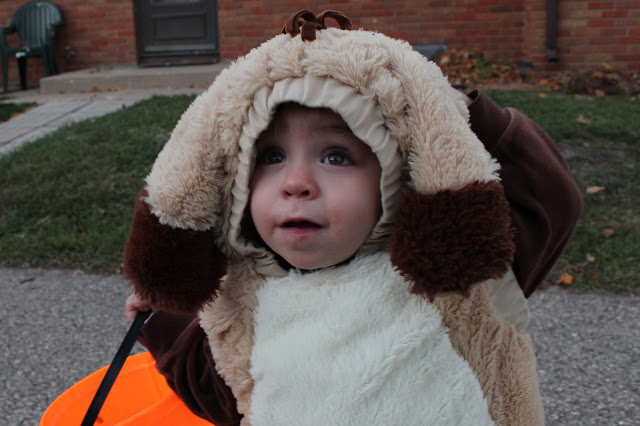 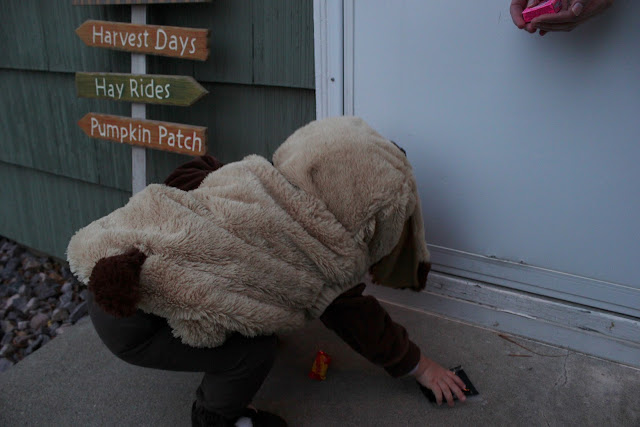 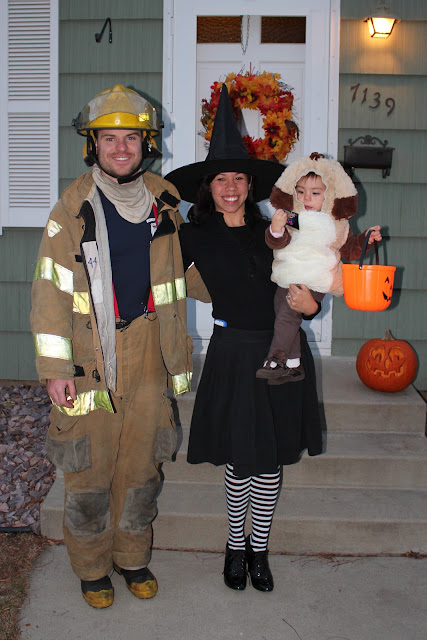 We had decent fun last Halloween with having a C Monster around for the first time and all. But now that she’s one-and-a-half, oh how the level of cuteness has increased. During the day Cece and I carved one last pumpkin and we baked some delicious brownies with buttercream frosting made from scratch.

However, baking is not one of my talents. Although they tasted delicious, the presentation was WOOF. We sent the brownies with Joe to class and apparently the presentation was a non-issue because they were devoured by his fellow fire students. Although trick-or-treating was brief, C caught on to the concept and became an enthusiastic candy-collector. I will say it was definitely amusing  when she actually walked right on into the first couple houses. Luckily, our neighbors are nice.

While Joe was at class, I handed out candy until we ran out. And I almost lit our jack-o-lantern on fire, but that’s neither here nor there.
By the way, how cute is the house that we are standing in front of? Yeah… that’s not our house.

And how about fireman Joe? Hubba, hubba…