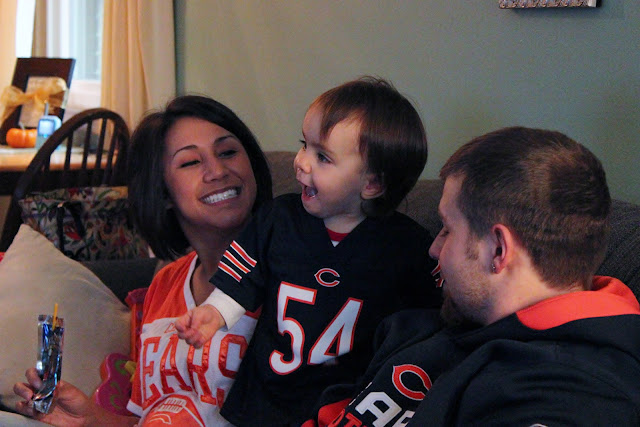 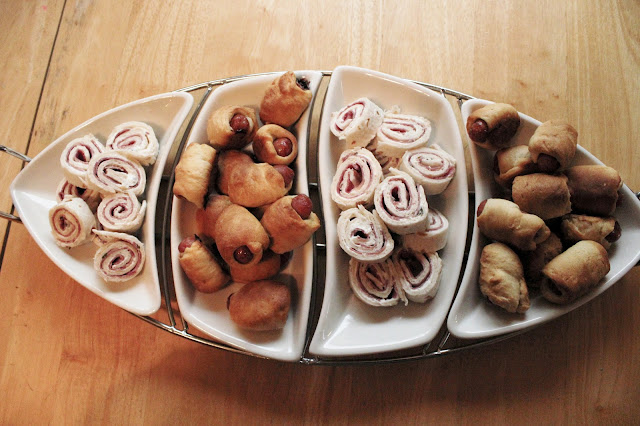 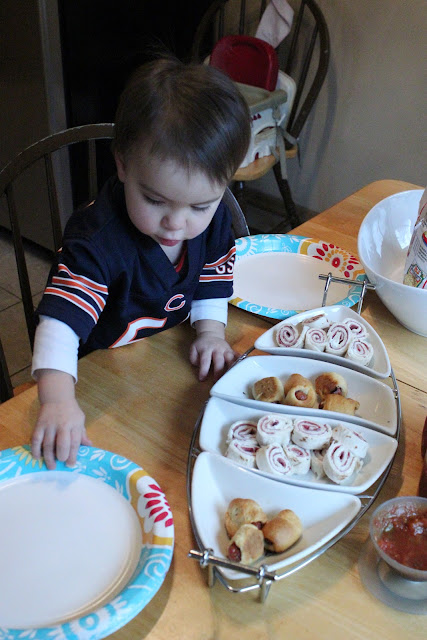 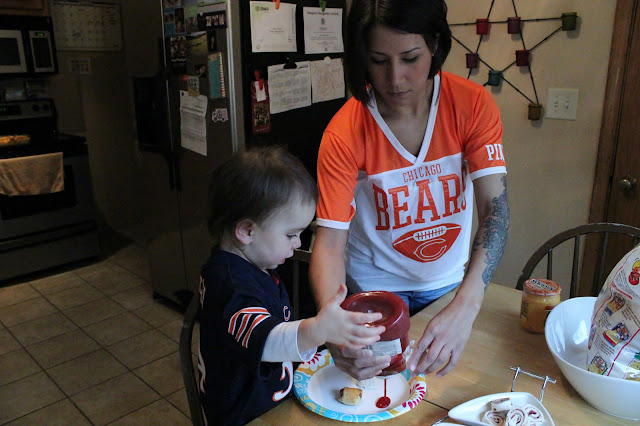 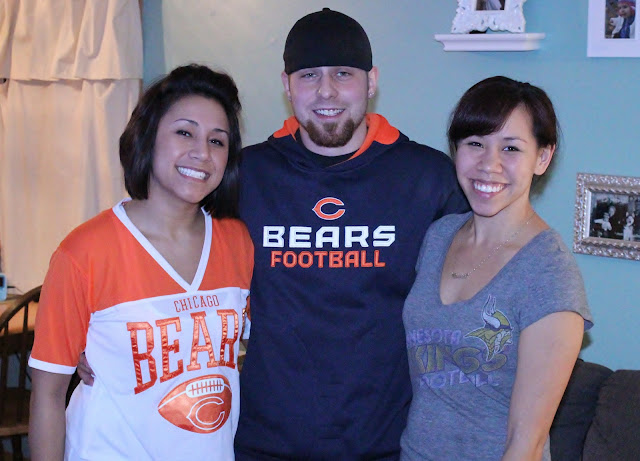 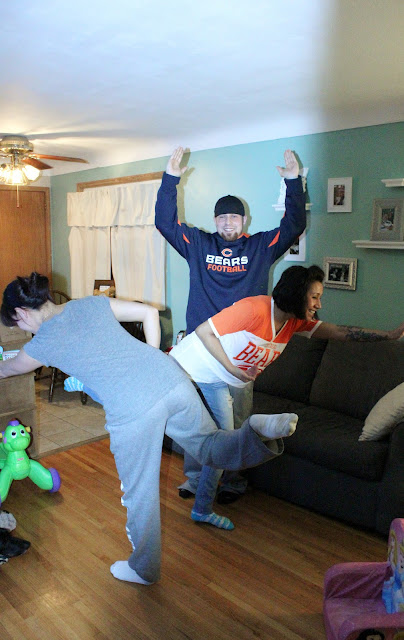 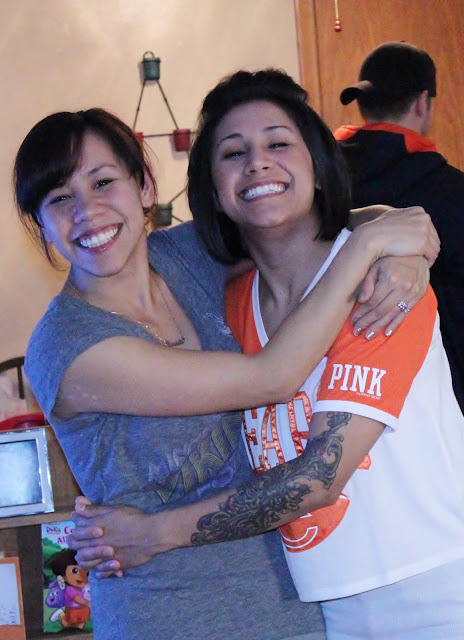 Watching a slew of football games concluded Robbyn and Jay’s visit with us. Actually, for me and Robbyn, it meant football on in the background while we supervised Cece and prepared a mini-feast complete with juice boxes. Aside from the pinwheels and pig-in-a-blanket, not pictured is a long-gone pan of heavenly hash. Cece was thoroughly intrigued by the buffet table and had a heck of a time using the pigs-in-a-blanket to “paint” with the ketchup.

I miss these guys already. Whose genius idea was it to live 7.5 hours away from my only sister? (Oh, right. Mine. GAH!) I have a not-so-secret hope that Cece will be so lucky to have a sister someday. In between our excessive eating, entertaining Cece, and entertaining Jay, Robbyn and I got to reminiscing about the good old days.

In case you were curious, the good old days included an impressive amount of sisterly combat, building elaborate structures for our My Little Ponies to reside in, causing much accidental damage to our parents’ home over the years (who did ever put those crayons in the dryer?), giving each other haircuts, roller skating to Mariah Carey in the basement, epic tent-building, and fighting like cats and dogs during the day only to be sleeping in the same bed at night. And so, so much more.

I can’t wait until we can return to Chicago. Thanks again, Robbyn and Jay, for visiting! It went by way too fast.

(Excuse the less-than-amazing photo quality. I’m still trying to figure out the art of taking photos indoors without them being underexposed, unfocused, and grainy…)