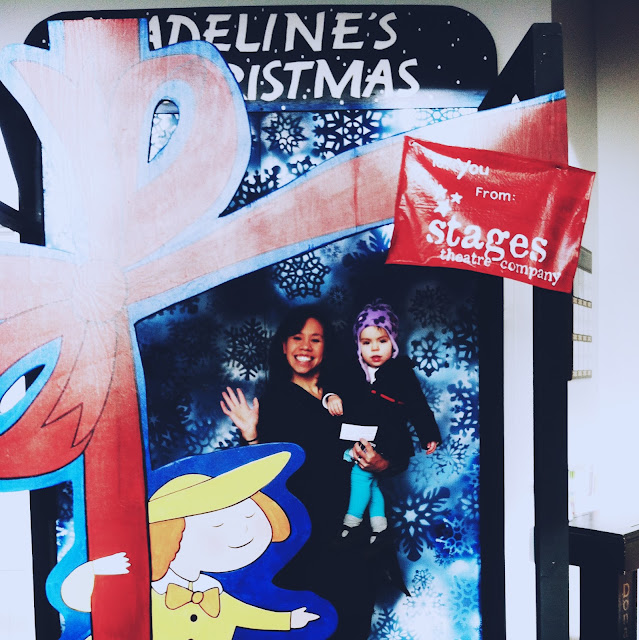 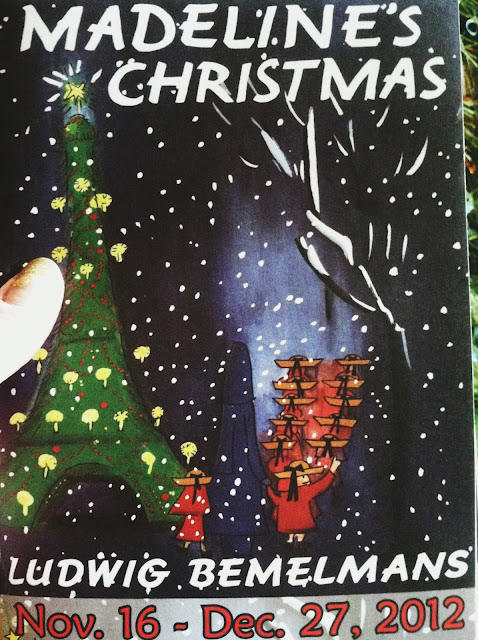 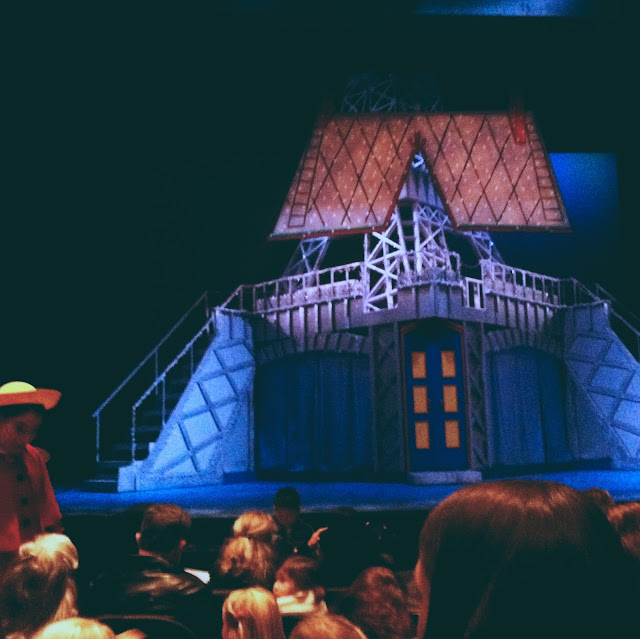 Yesterday, Azure and I took Cece to her first play, Madeline’s Christmas, at Stages Theatre Company. Some might think taking a one-year-old to a play may not be the most brilliant idea, but we had faith.  Cece was slightly surly before the show began because she couldn’t run around and didn’t weigh enough to hold the folded seat down. (She ended up sitting in my lap.)
However, once the show began, she was wide-eyed and attentive. Somehow, we made it through the ENTIRE performance. Sure, she may have taken off her shoes and socks and needed some snacks to keep calm, but we never had to leave the theater.  Afterwards, we grabbed lunch with Azure and Cece shared a delightful hot chocolate with me. And this was all before noon! 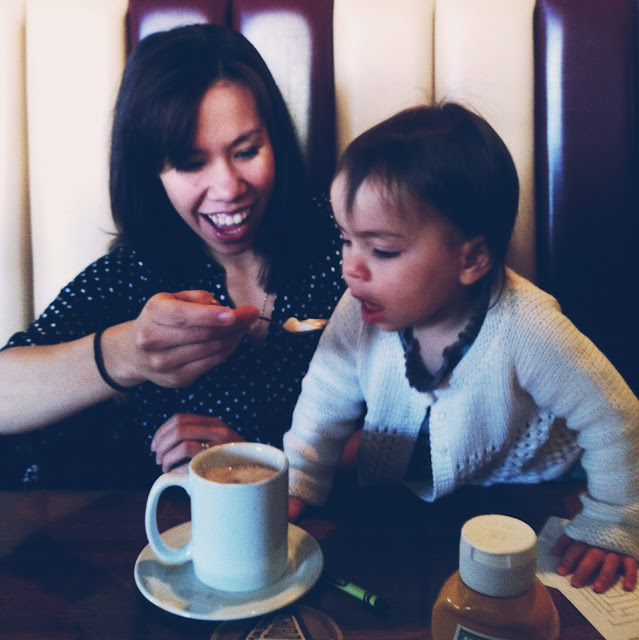 By the way, the show was adorable and filled with little French accents. Because it was a children’s show, it was short and there were plenty of other children. Plus, that giant Eiffel tower on the stage is probably the closest I’m ever going to get to Paris. See? Something for everyone!