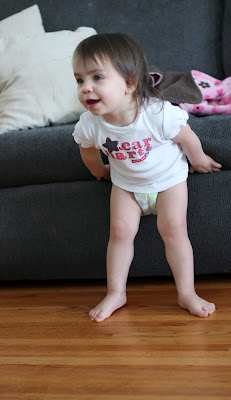 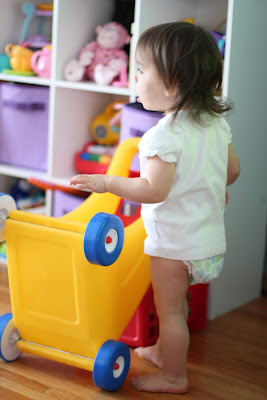 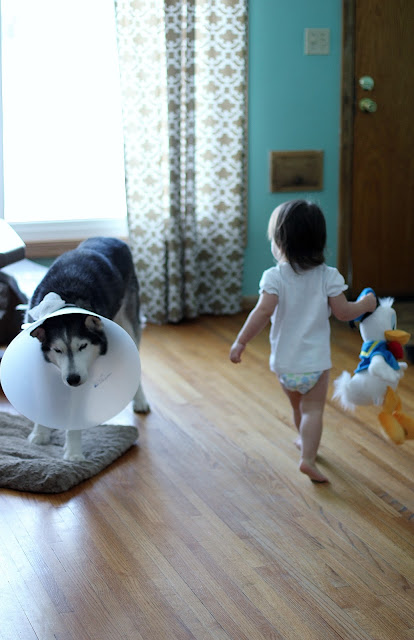 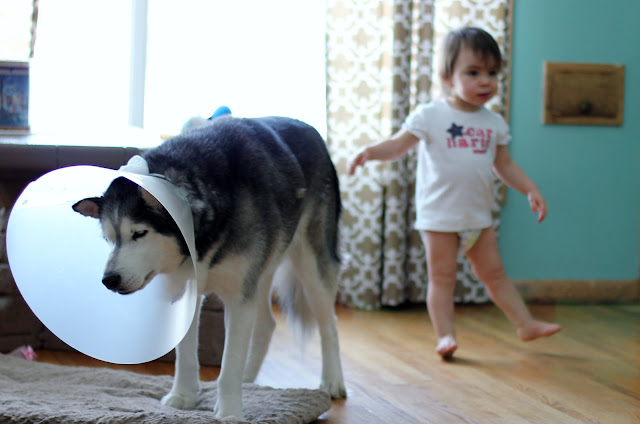 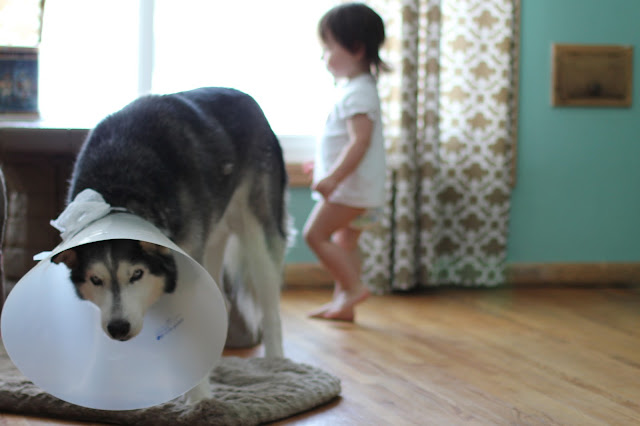 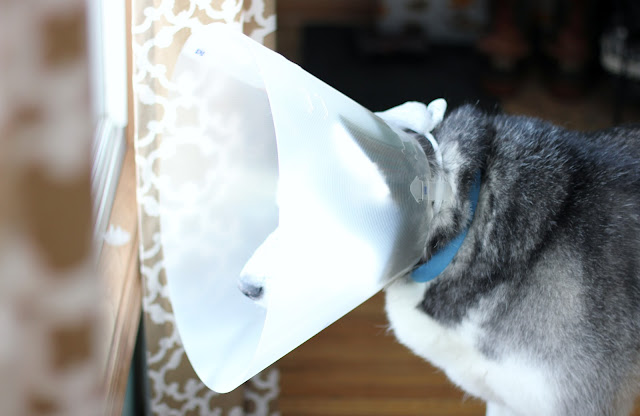 As you can see, life is a little less cool at the moment and I’m back to taking pictures of a pants-less Cece in our living room.

After checking my phone this evening, I realized that my day could be summed up in these three dramatic text messages that I sent Azure today:

2:47 PM: My day has only improved. Cece has a runny nose. Refuses to nap or wear pants. And we discovered a mysterious wound on Diablo’s ear. I brought him to the vet where he got sedated, shaved, and cleaned up. Now he wears the cone of shame.

Not pictured: Diablo’s nasty ear wound. Also not pictured: Cece’s fascination with the cone of shame. I also think she may have been a little confused about what happens at the vet since I promised that the vet would make Diablo all better. However, he was a super hot mess when we picked him up. Once we brought him home, he just stood the middle of the room swaying like a drunken sailor with his tongue hanging out, but refused to actually lay down and sleep off the drugs. (He should be feeling much better tomorrow and we’ve got antibiotics and pain medication to help get him back to normal.)

Special thanks to Azure who listened to a ton of my whining today. There were probably six more whiny text messages that I’ll spare everyone else from.

And on that note, Happy Wednesday to you too!