Skip to content
There are truly no words to express how much I miss Dad. There just aren’t. I’d give anything to hear his voice one more time or to give him a hug. This past week without him has been devastating and unreal.

A few things are helping. One is having Cece around, that’s for sure. Another is knowing that he is no longer suffering. And the last thing is having hundreds, if not thousands, of wonderful memories of him that I’m holding onto tightly and replaying in my mind constantly. I am also completely overwhelmed by the outpouring of love and support from our friends and family. Half the reason I’ve been crying so much is because I can’t believe the kindness and goodness of people.

I also know that I am the luckiest girl in the world to have him as my dad. And although he is gone far, far too soon, I know that I couldn’t have been more blessed to have the time with him that I did.
We did get an obituary published in the Sun Times. However, I wrote a longer version than what was published in the paper (with Robbyn’s help), and still think it’s worth sharing. Again, I cannot thank everyone enough for our friends and family who have done so much for us during this difficult time. 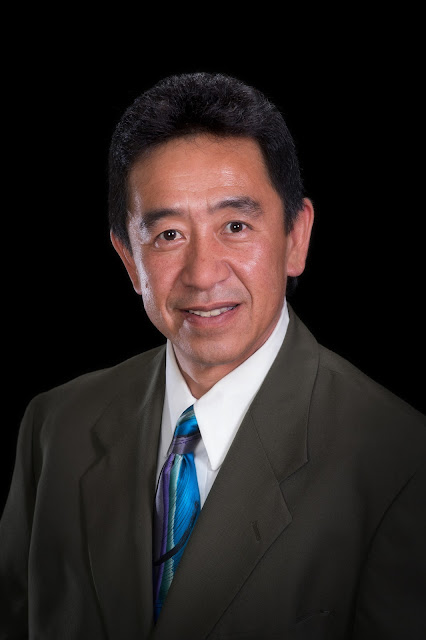 Michael (Mike) Yuen lived 54 remarkable years. He passed away on April 28, 2013 at Little Company of Mary Hospital in Evergreen Park, IL after a brief but profoundly brave battle with colon cancer.

Born in Hong Kong to Shuk Yee Yuen and the late Yuen Ying Yuen, he immigrated to the U.S. at the age of four. He was the youngest of four siblings, Thomas Yuen, Judy Yuen, and the late Anthony Yuen. He grew up in Chinatown and attended St. Therese Chinese Catholic School and Lane Technical high school. Mike spent his adult life on the south side of Chicago and eventually settled in Oak Lawn with his family.

Over the years, he worked at several banks as a commercial lender. While building his career and tirelessly devoting himself to his family, Mike proudly obtained his MBA from Olivet Nazarene University in 1993.

He met Patricia (Pat) Kletz, his best friend and love of his life, while working at, what was formerly known as, First National Bank. They wed in 1988 in Las Vegas.

Mike had an affinity for cars and a love for the Rolling Stones. He could never turn down a good steak, a Pepsi, or an invitation to play golf. He had a passion for hockey, especially for the Chicago Blackhawks and for the Brother Rice Crusaders. However, he loved and cherished his family above all else.

Mike had immense pride for his three children: Rachel Gaetz, Robbyn Yuen, and Michael Yuen Jr. He adored spending time with them. He attended all of his daughters’ countless events — dance, figure skating, cheerleading, art, etc. — from their adolescence until they both graduated from college. No event was too minor to miss. He later coached his son’s youth hockey team, never missed a game, and got to know all players and parents. When his son Michael Jr. became part of the Crusaders hockey team, Mike became one of the team’s biggest supporters.

Always emphasizing the importance of education, he would stay up late to help his kids with school projects and homework. He taught his children the importance of working hard, doing your best, and being kind and generous to others. He quickly ran out of space for all gifts he received with the label “World’s Best Dad.”

Mike had an energetic and outgoing personality and was so fun to be around; he tended to make friends wherever he went. With such a big and compassionate heart, he also made many life-long friends. He possessed a wicked sense of humor and a knack for nailing impressions of friends, family, and even celebrities. He easily got a crowd laughing, no matter the circumstances.

In 2011, he became an adoring grandfather (“Papa”)with the birth of his granddaughter, Cecelia Gaetz, who promptly wrapped him around her finger the day they met.

He will be forever remembered by his many friends including: John “The Reverend” Quinn, Laura and Tom Waller, Josephine and Gary Biel, Jim and Nancy Canzona, and the entire Brother Rice hockey team and parents. Mike will also certainly be missed by their family’s four dogs: Bubba, Elsie, Shelby, and Black Dog.

Mike will be forever in our hearts, but never ever forgotten.