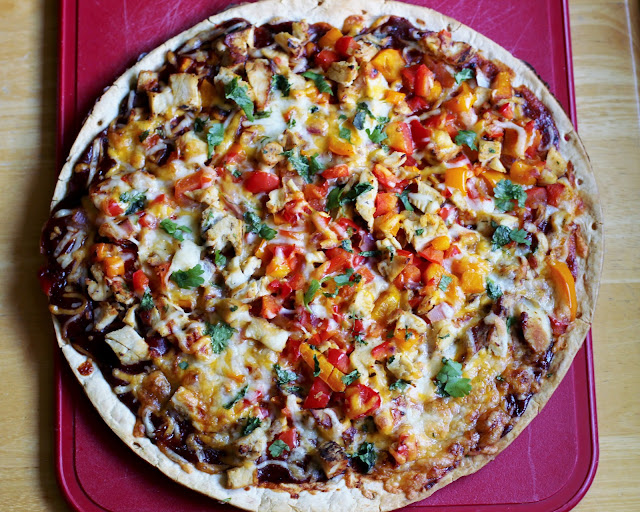 Not to brag, but I think my brother and sister are both very impressive people for many reasons.

Lately, it’s not uncommon for one, if not both, of my siblings to be making some sort of absolutely delicious meal. The last time I was home, I never cooked dinner once and I was kind of getting used to it. Now, every time I go back to Minnesota, I’ve been attempting to recreate some of the food they’ve made.

Last time I was in, my sister made this BBQ chicken flatbread which pretty much blew my mind and I would not stop talking about it. I’m sure I was annoying.

Anyways, I gave my own version a go this week and I think it was tasty enough to share here (if I can remember it all).

1. Preheat oven according to crust package.

2. Chop onions and peppers. Sautee in a pan with a teensy bit of butter until tender.

3. Chop chicken. Sautee in a pan until cooked through (with olive oil or non-stick cooking spray). Season with salt and pepper. Combine chicken, peppers, and onion into a single pan.

5. Bake in the over according to the time on the crust package, probably no longer than 12-15 minutes. Slice, enjoy, and relish in being called the kitchen hero of the day.

I recommend saving all of the left over onion and pepper bits to go into eggs for breakfast the next day… just a suggestion. Enjoy! 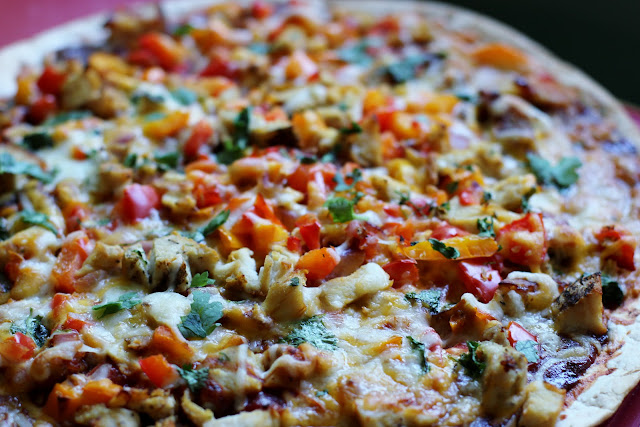