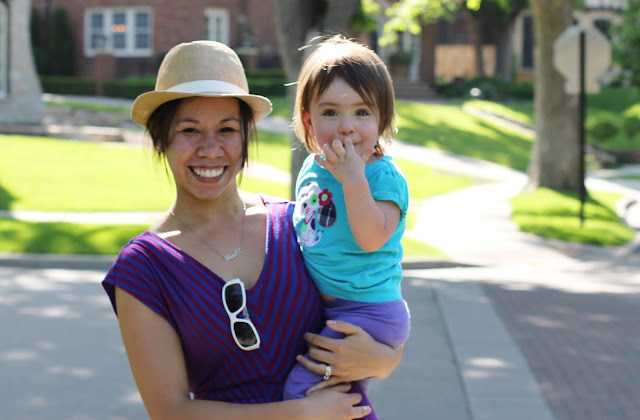 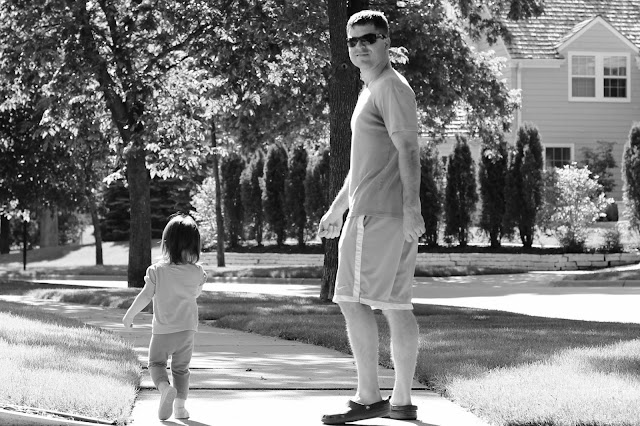 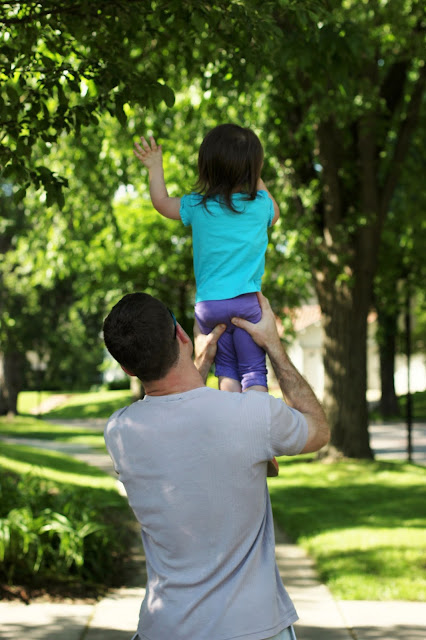 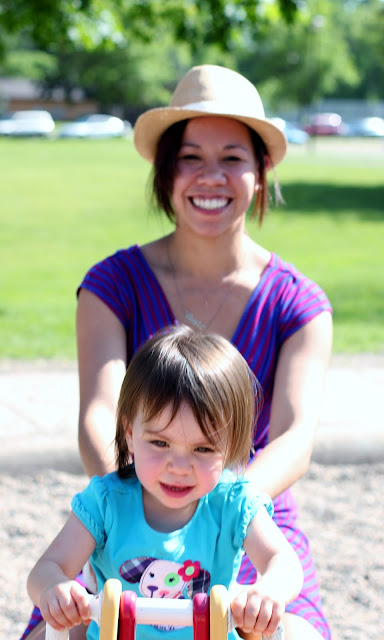 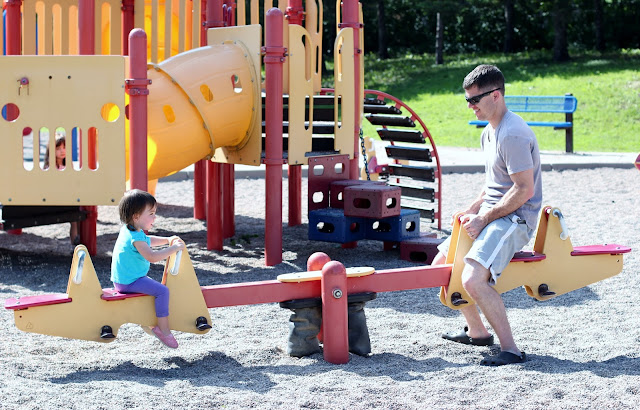 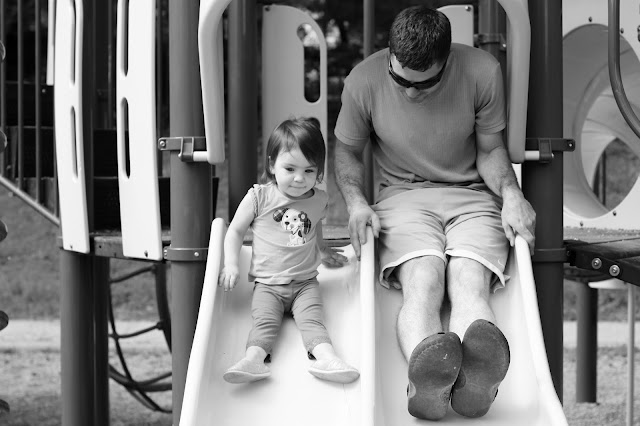 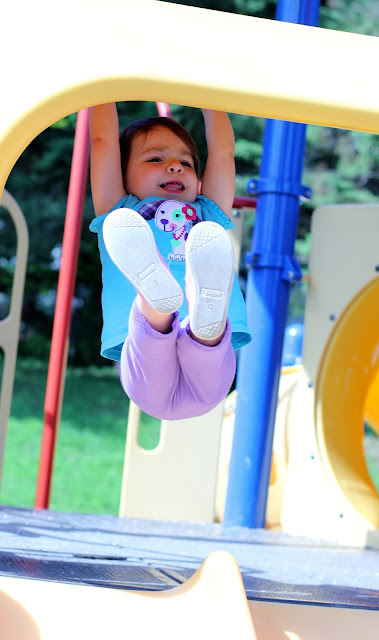 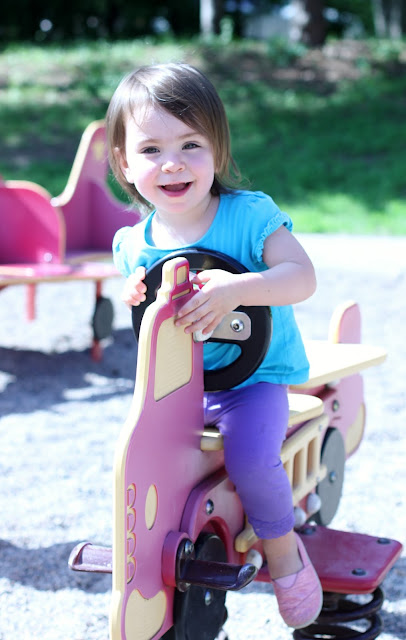 In my opinion, yesterday was the most perfect day of the summer so far. Maybe because it was the first day that actually felt summery with the sun shining non-stop. C and I spent the entire morning outdoors watering our plants and weeding the garden. Then Joe came home from work early, before C’s nap was even over.
It was his idea to go to find a new playground and so we ended up in a rather cutesy part of Edina. C had a great time trying the teeter totter and having two parents to boss around. She even commanded photos of herself (“Mama! Camera! Picture! Cece! CHEEEESE!”) She is too funny. Something she obviously gets from me. 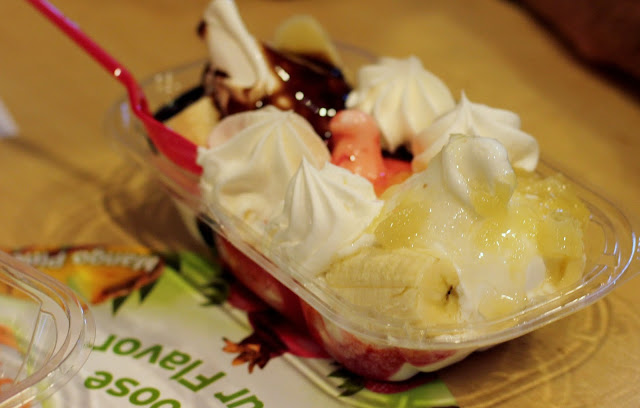 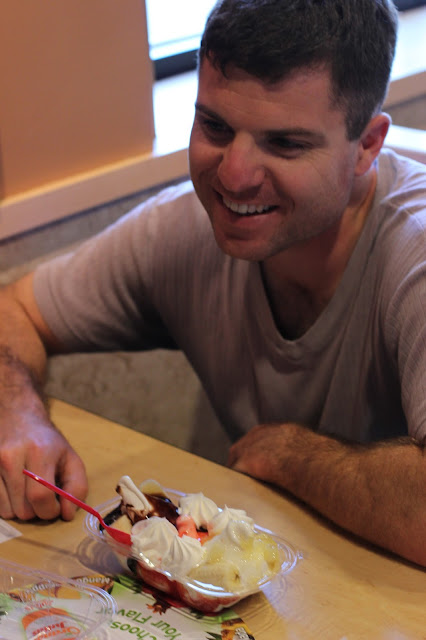 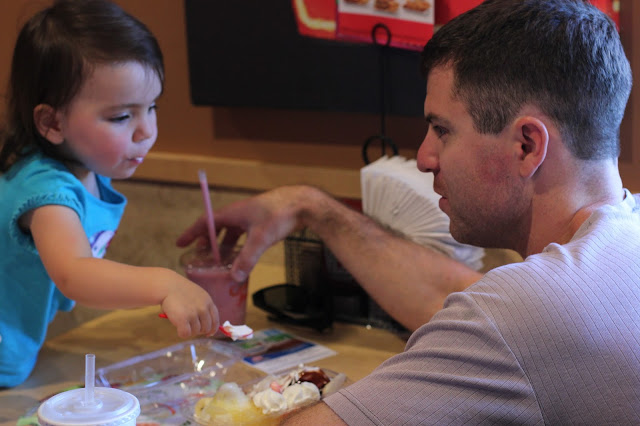 Post park, we made a stop at Dairy Queen. Joe got a banana split, Cece got a smoothie (but was more interested in the banana split), and I got a cheeseburger and fries. (I love cheeseburgers more than ice cream. There. I said it.)
After returning home, we took the dogs for a long walk, stopped at some yard sales, and then finally settled in for the night with every single window in the house open. That, my friends, is how summer ought to be done.