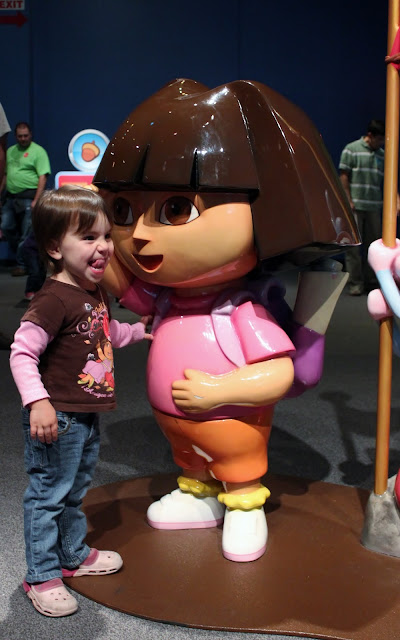 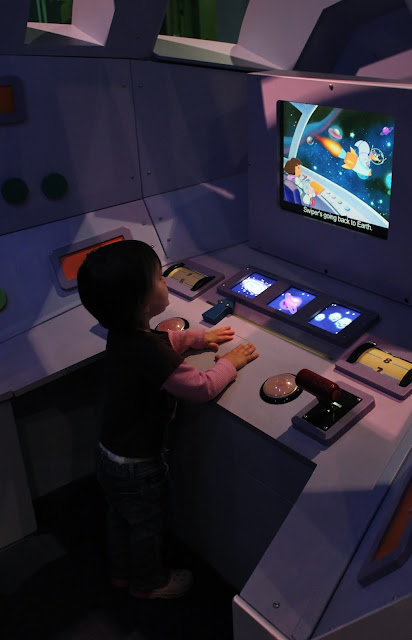 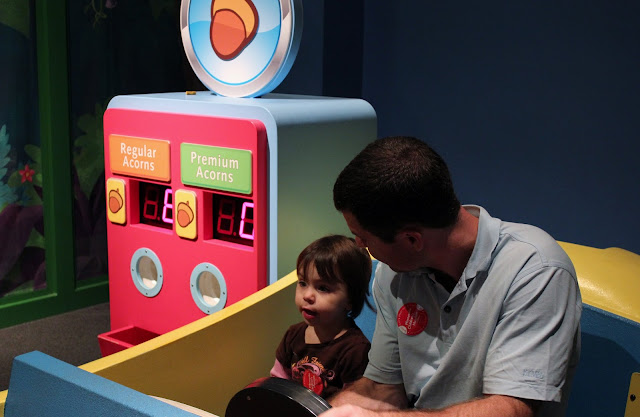 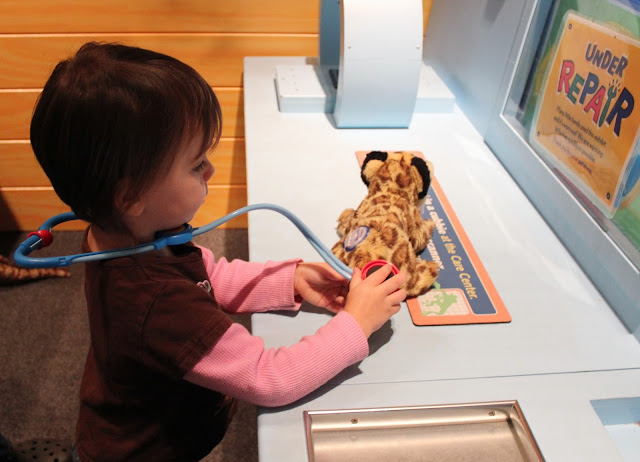 Currently the Minnesota Children’s Museum is still featuring their Dora and Diego exhibit. Since Cece is a fan of Dora (or “Daw-ra” as she says it), we brought her to the museum before the exhibit closes next week. I think she may have been slightly overwhelmed. It was hard for her to focus on an activity for more than five seconds before moving on to something else (that could also have something to do with the fact that she’s two). I loved how she had to hug every statue before we left the exhibit though.
We didn’t take a lot of pictures, and many of the ones we took were kind of dark. Still, the three of us enjoyed ourselves and we had fun visiting the other exhibits as well. 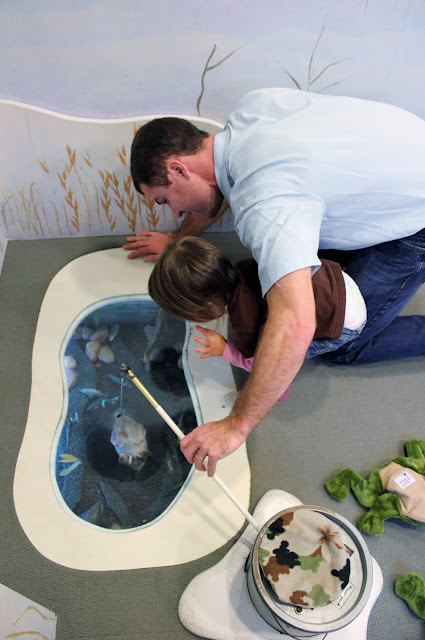 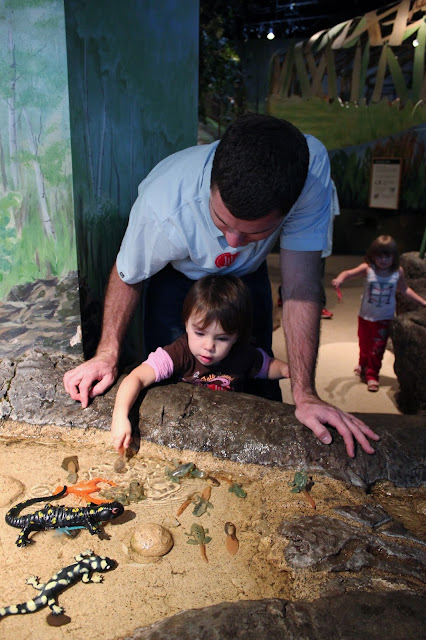 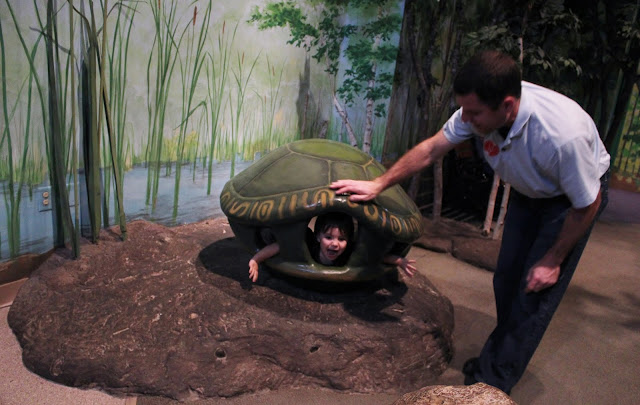 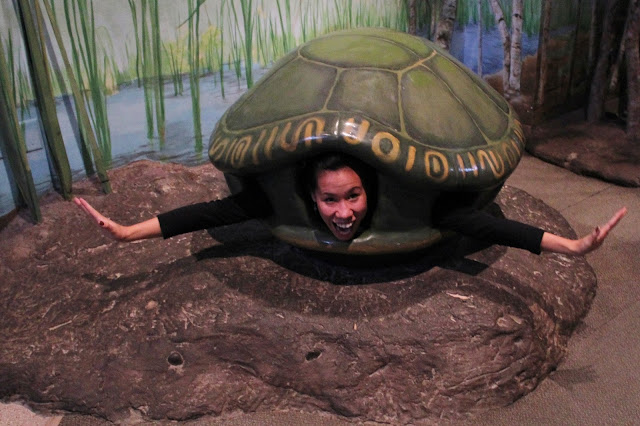 I think Cece looks super cute as a turtle. I think I look considerably creepy. Will have to find myself something different for Halloween.