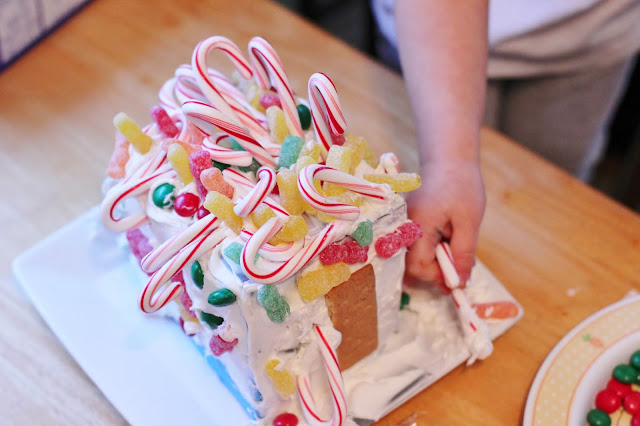 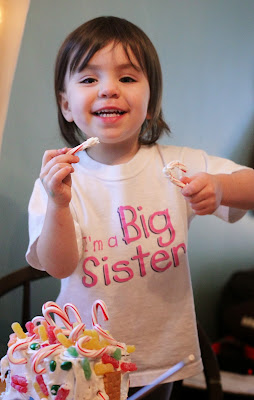 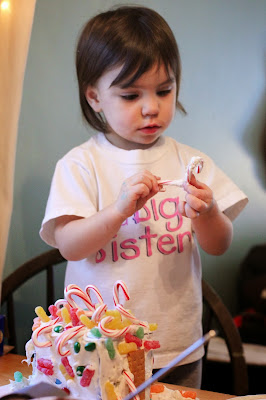 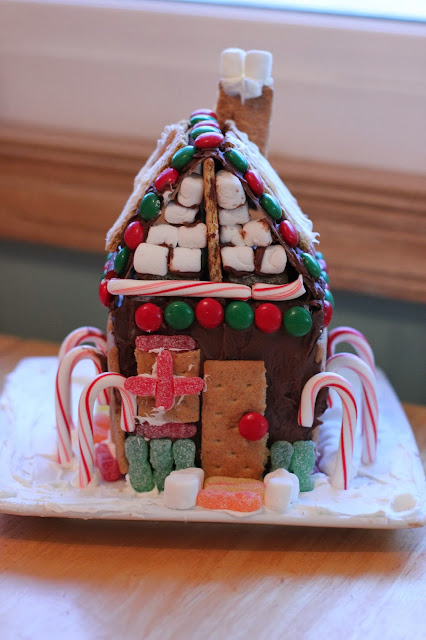 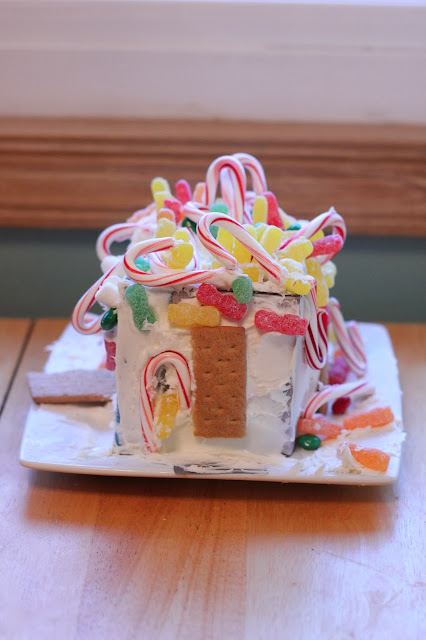 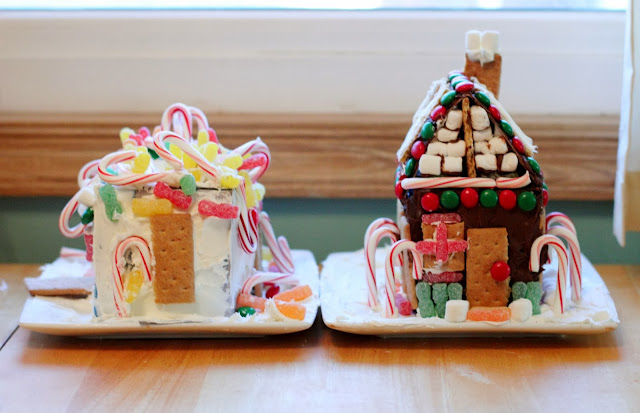 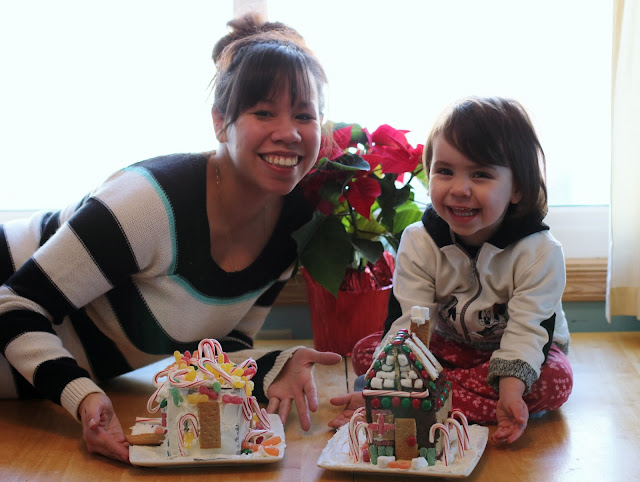 Many many moons ago, Robbyn and I used to make “gingerbread” houses using frosting and graham crackers. Hers would usually be an architectural masterpiece and mine would…not be. (It would usually collapse on itself.) Discouraging, yes. But then Robbyn grew up and graduated with a BFA and now works in pastry, so I’m not so hard on myself anymore.
Anyways, I thought it would be fun to try this Christmas craft with Cece. (What else are we supposed to do when it’s -10 degrees outside?) I constructed both houses out of a shoe box and duct tape to create a more solid structure before coating with frosting. Cece ate a fair amount of the candy, but I’m happy to see that much of it still ended up on the house. Honestly, I hardly helped her with it at all. I know it would have been easier to just buy a kit or a pre-made house, but I’m glad we did it this way because it was such a fun afternoon!