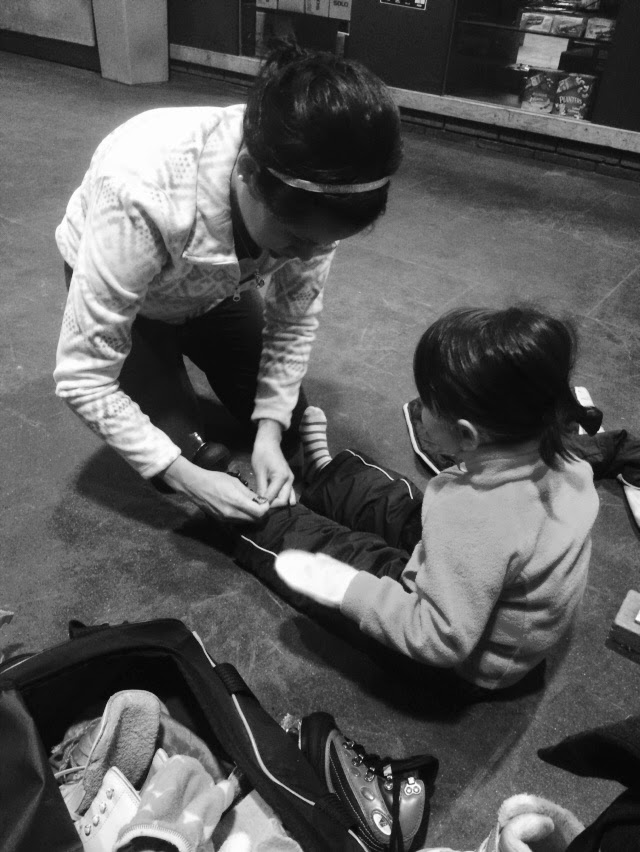 Last week Cece and I went on a very memorable date to her first open skate! I had been going by myself recently, just to stretch out these old legs. Then she told me that she wanted to come along and there was no way I could refuse that request. Fortunately, my brother was able to accompany us and help teach her a little skating.
I had expected us maybe to do a couple laps with her hugging the boards and then wanting to go home.
Well, she impressed the heck out of both of us. Of course, she was slippy slidey at first and said “These skates aren’t working very well!” She took some brief breaks on the bench, but skated for nearly the entire time. By the end, she was marching by herself, picking herself up when she fell, and not needing to hang on to us anymore (at least all the time). 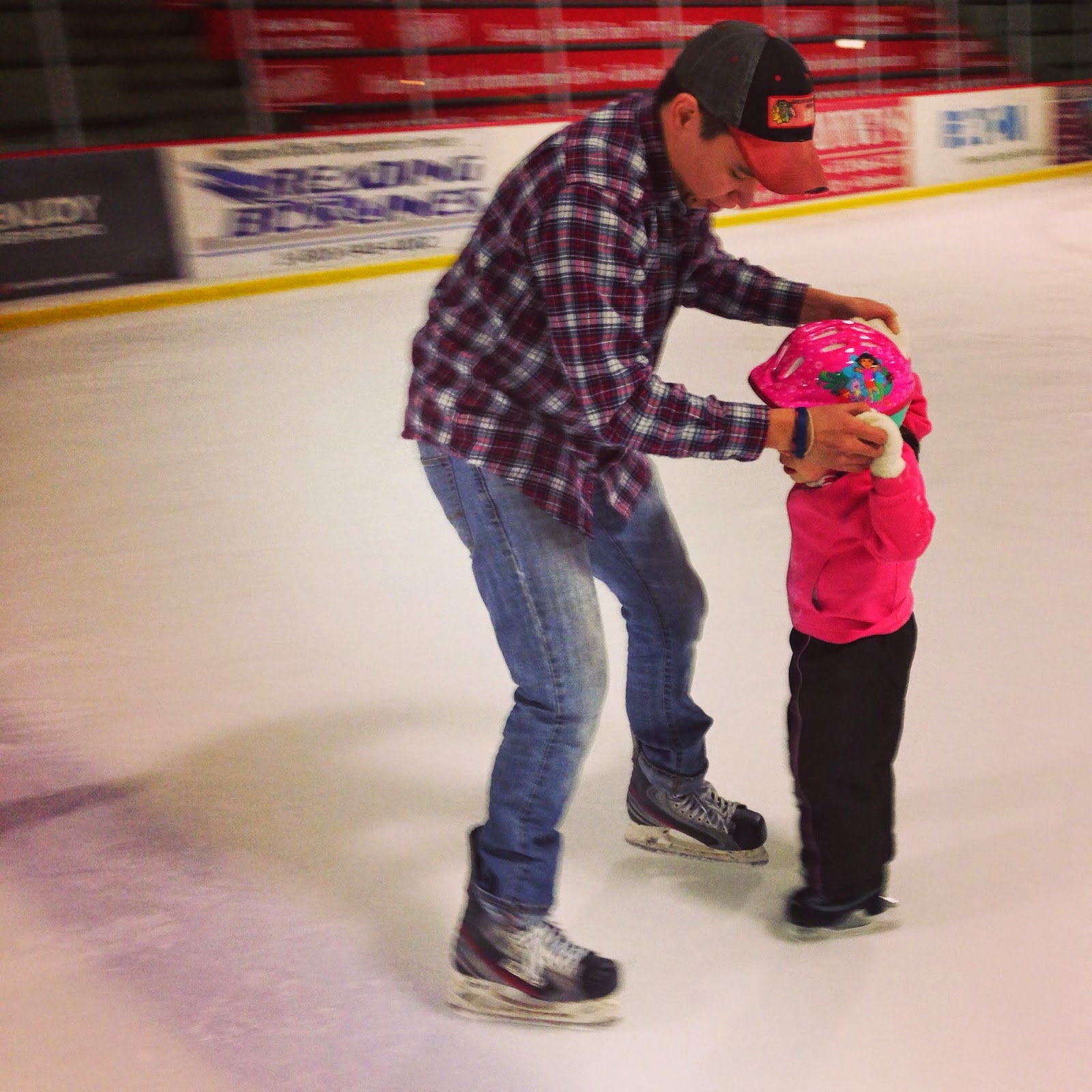 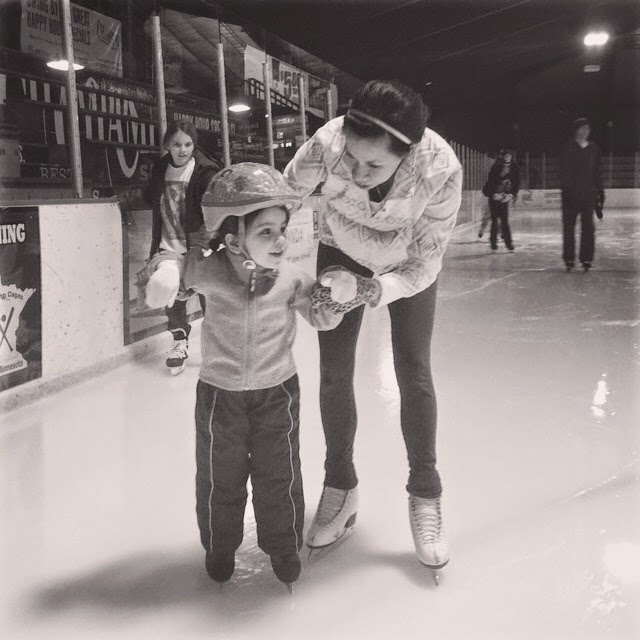 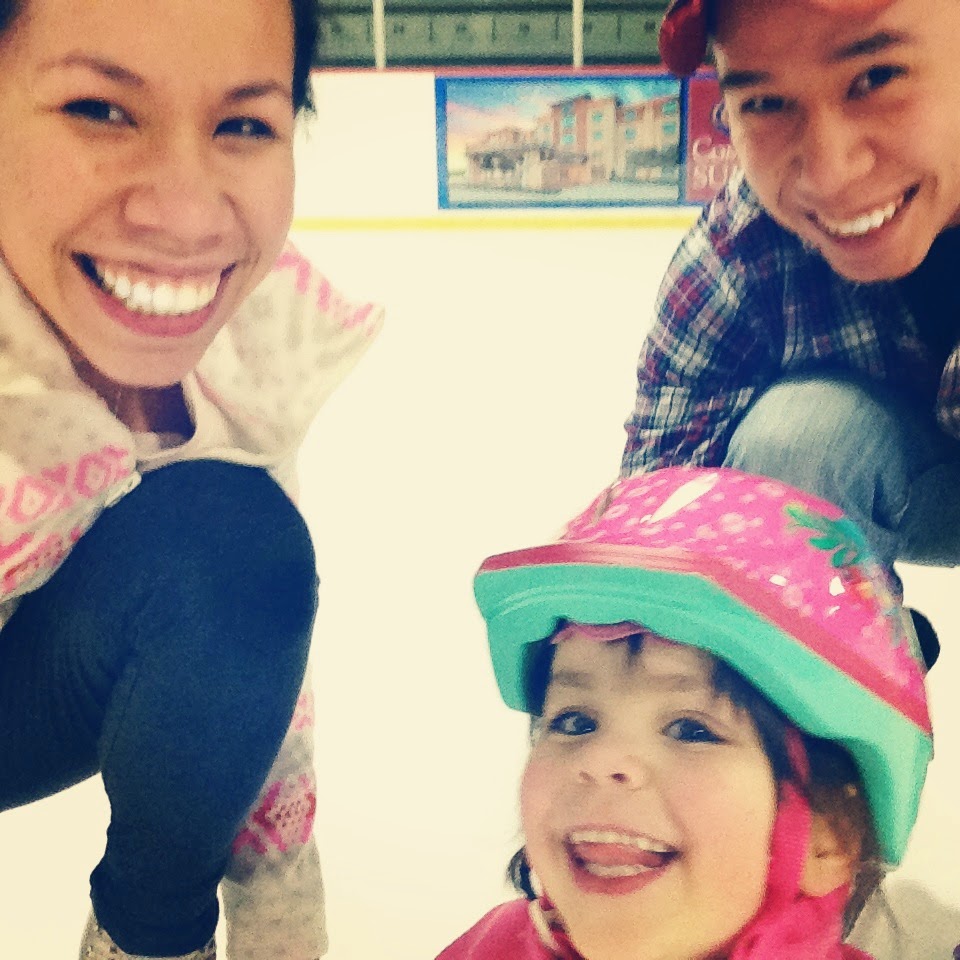 We took some videos of the evening and it’s so cool to see how much she progressed in that hour and a half! You can actually hear the pride in mine and my brother’s voices.
Skating was a big part of our lives growing up and I have so many good memories of skating with my sister, my dad, and my brother. I had a blast being in ice shows, competitions, and eventually Gopher Hockey Cheer. Even though I never really skated at a very high level, it’s something that has brought me a lot of joy. I actually felt a little emotional watching Cece give a try at something that I loved doing so much! I’m hoping we’ll get a chance to go some more soon!