Skip to content
Typically January is a tough month. As a stay-at-home parent, I usually bundle up, hunker down, resort to indoor activities, inhale large portions of hearty comfort, and wish that I lived some place where the air doesn’t hurt my face. 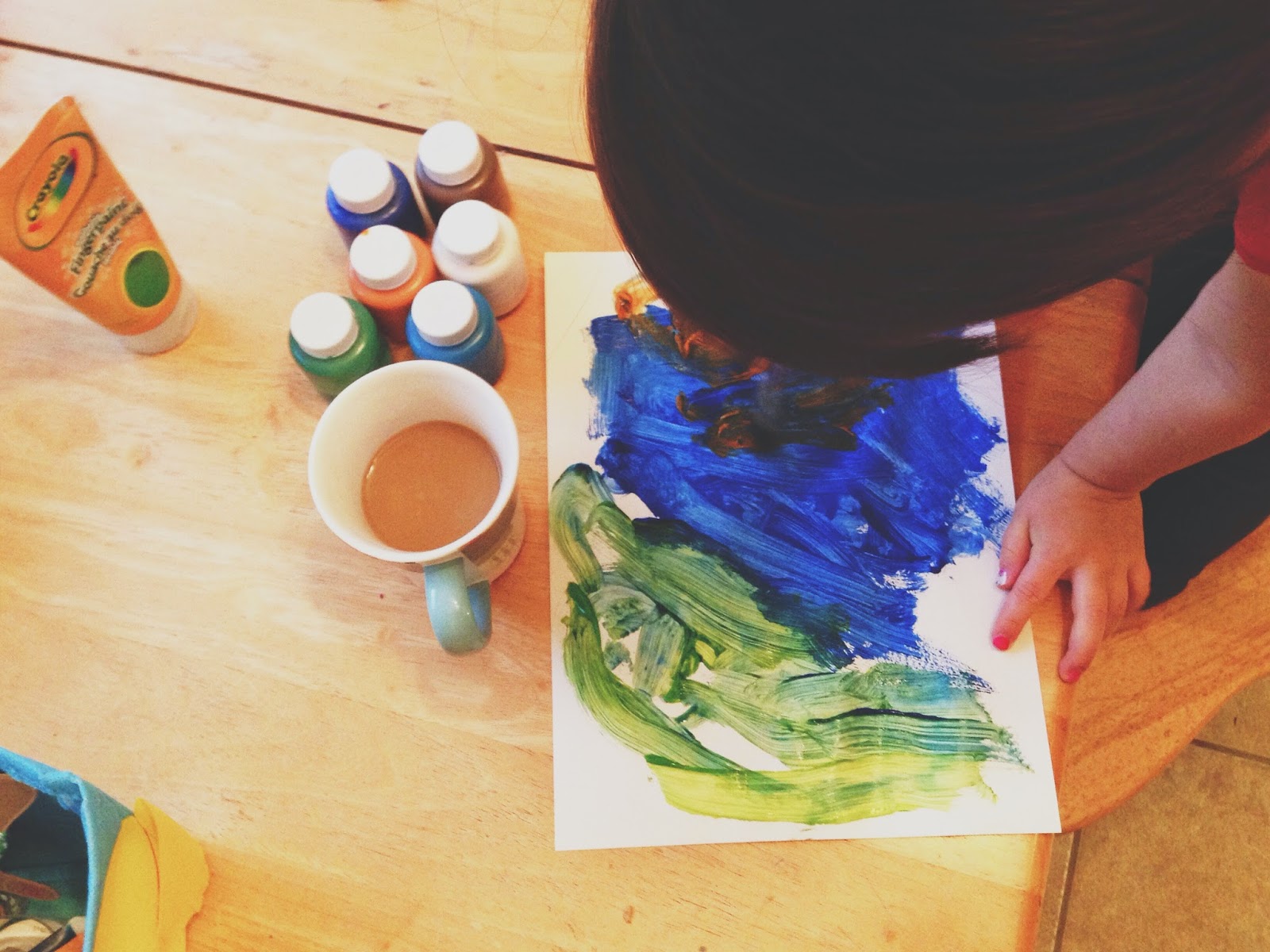 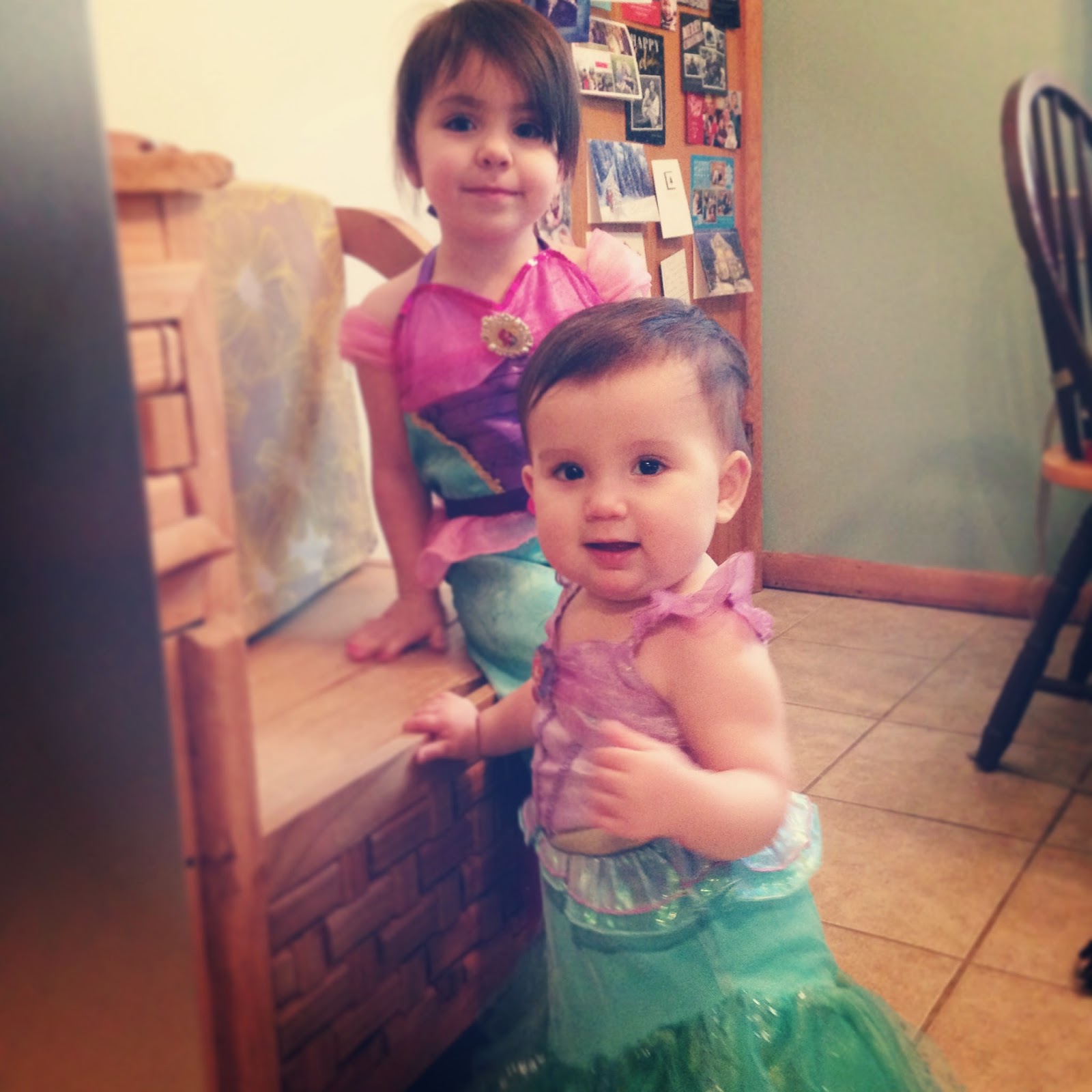 I am going on record to say that this January has not been bad. Frightfully cold for a few days, sure. However,  it’s actually been enjoyable for various reasons, especially last week. 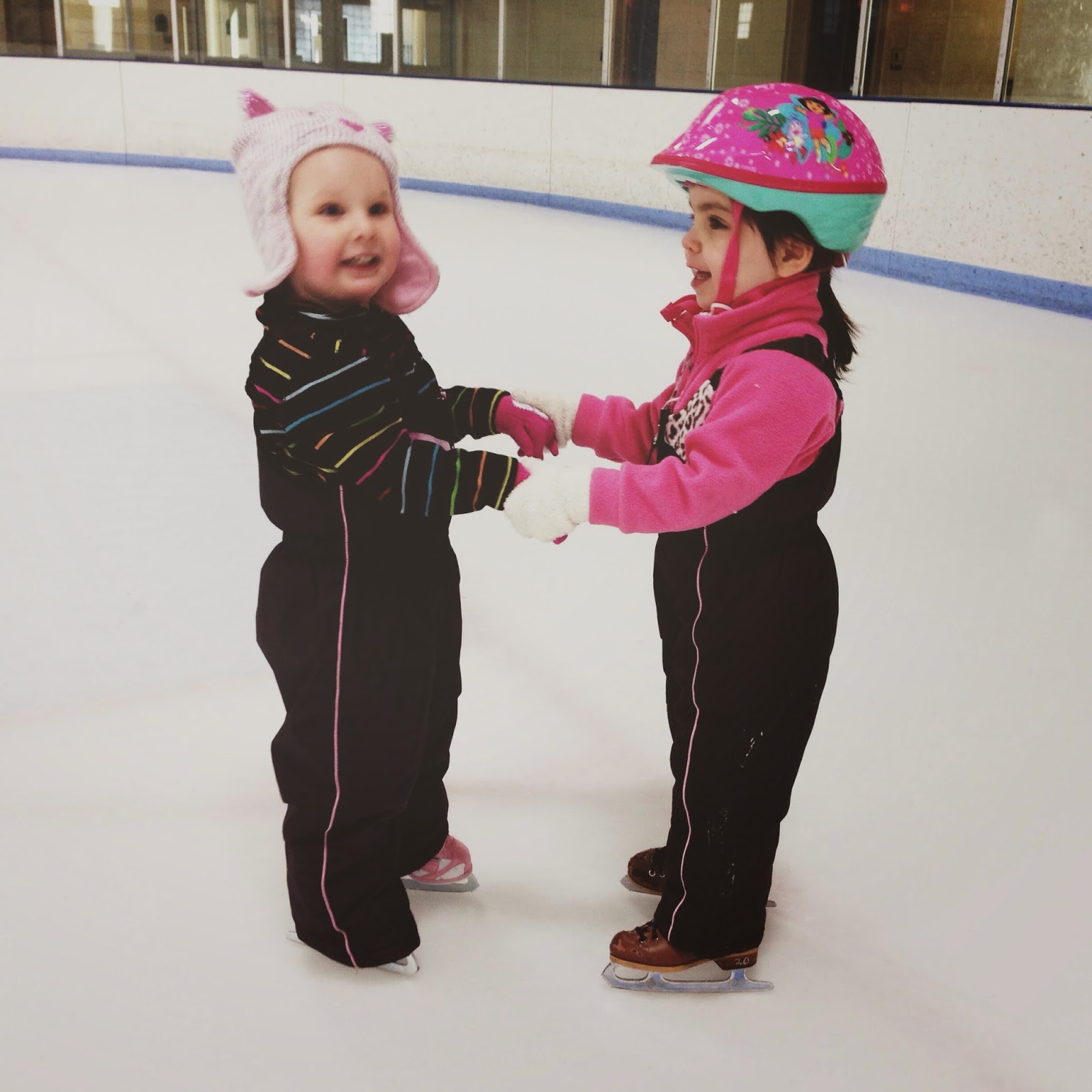 To start off the week, we scheduled a couple of play dates. We went to open skate with Cece’s homegirl Michaela and then invited ourselves over to the Olsons for hours of fun, food, and even face painting. It was such a fun day and it is awesomely documented here. I actually talked so much that I lost my voice for a few days. Whoops. 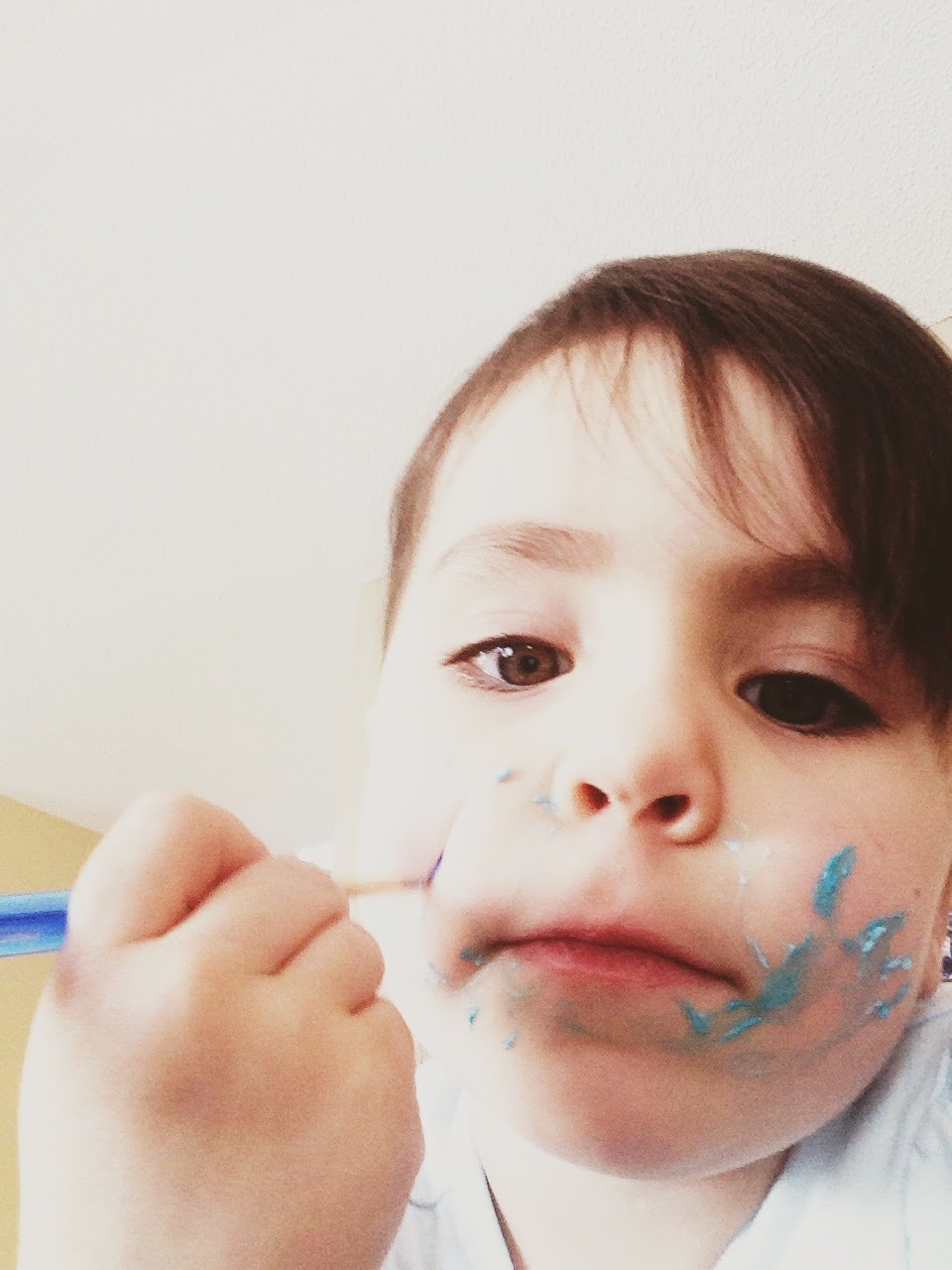 ( Cece used my phone as a mirror as she turned her face into art.) 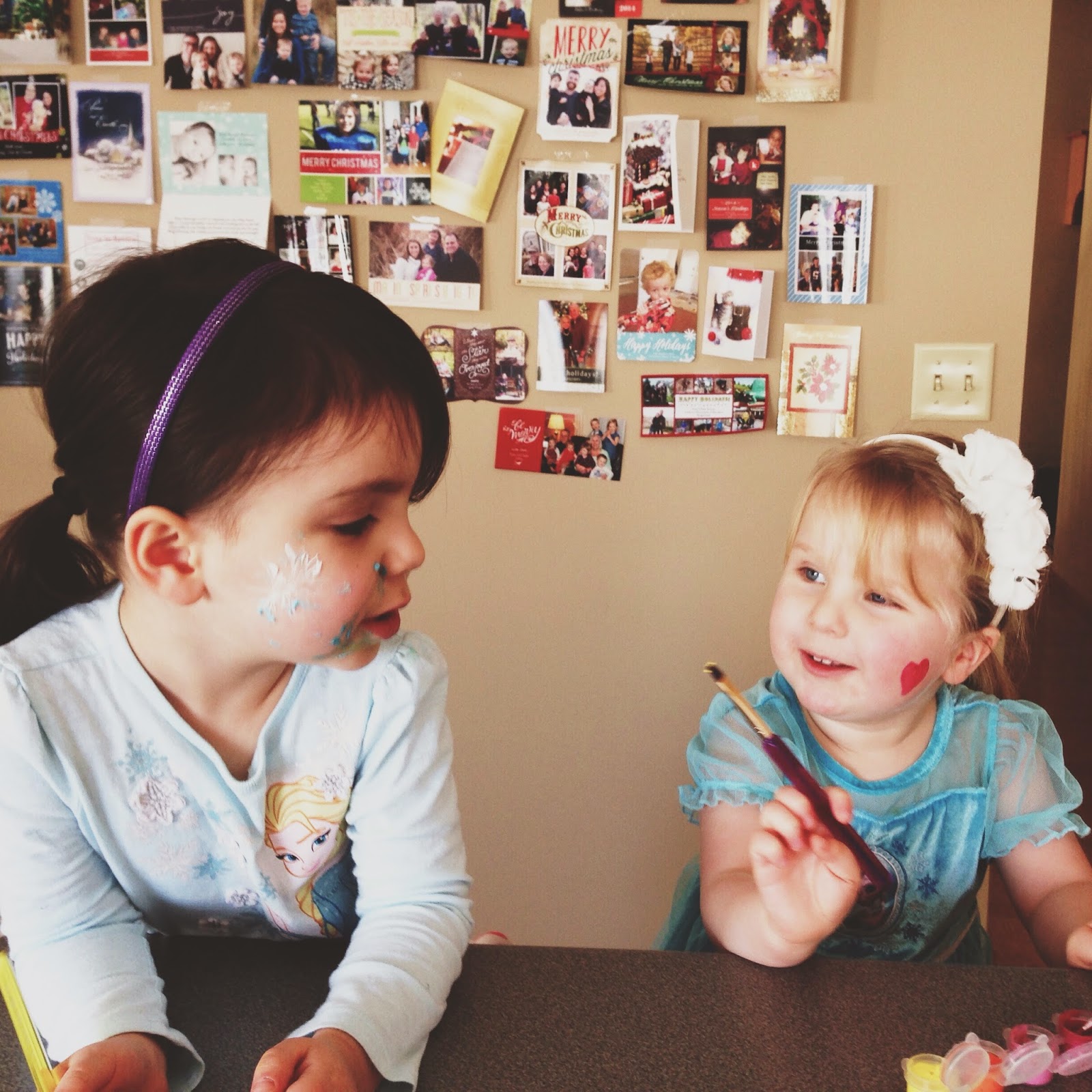 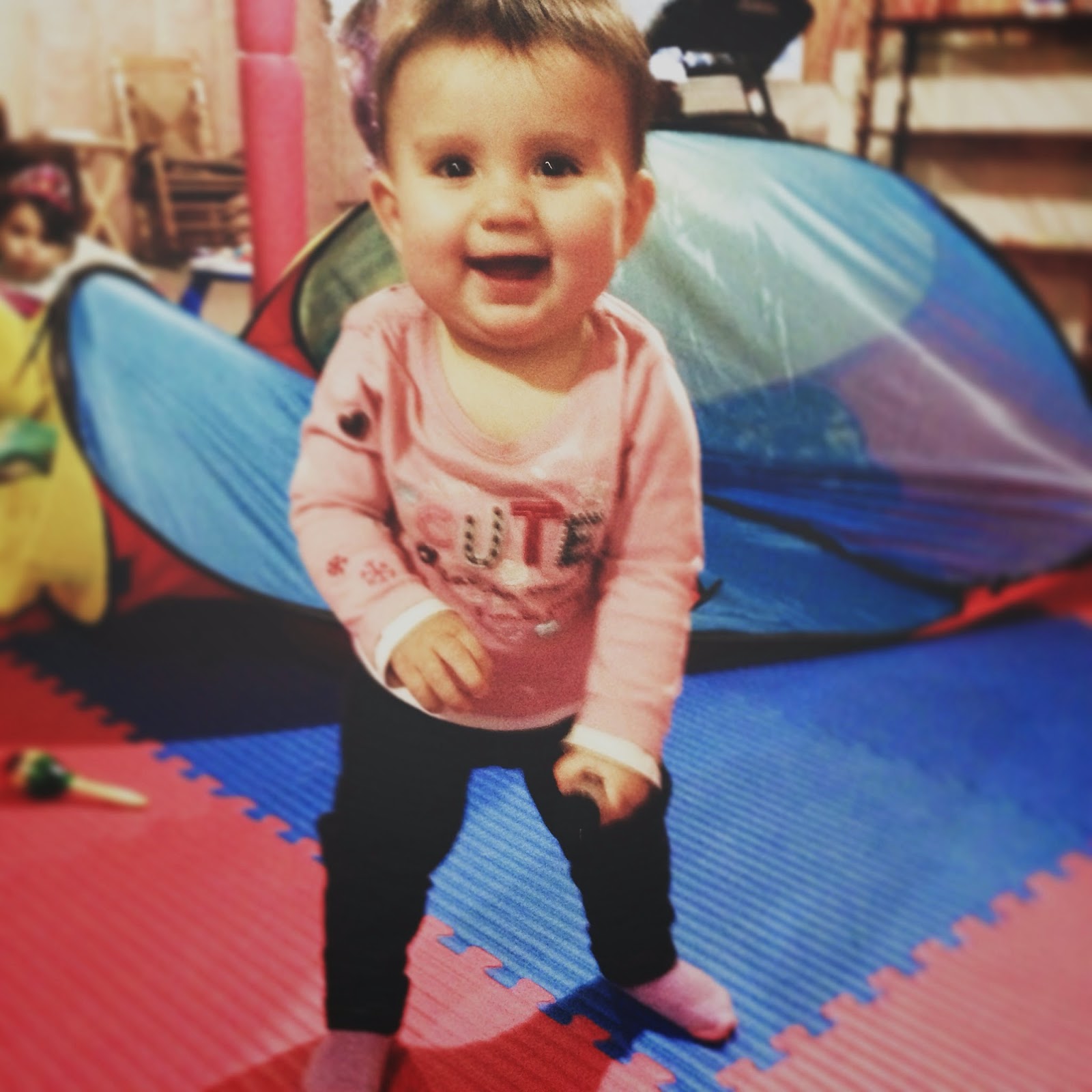 (Had to include a picture of Rosie proudly standing on her own. Can you believe it???) 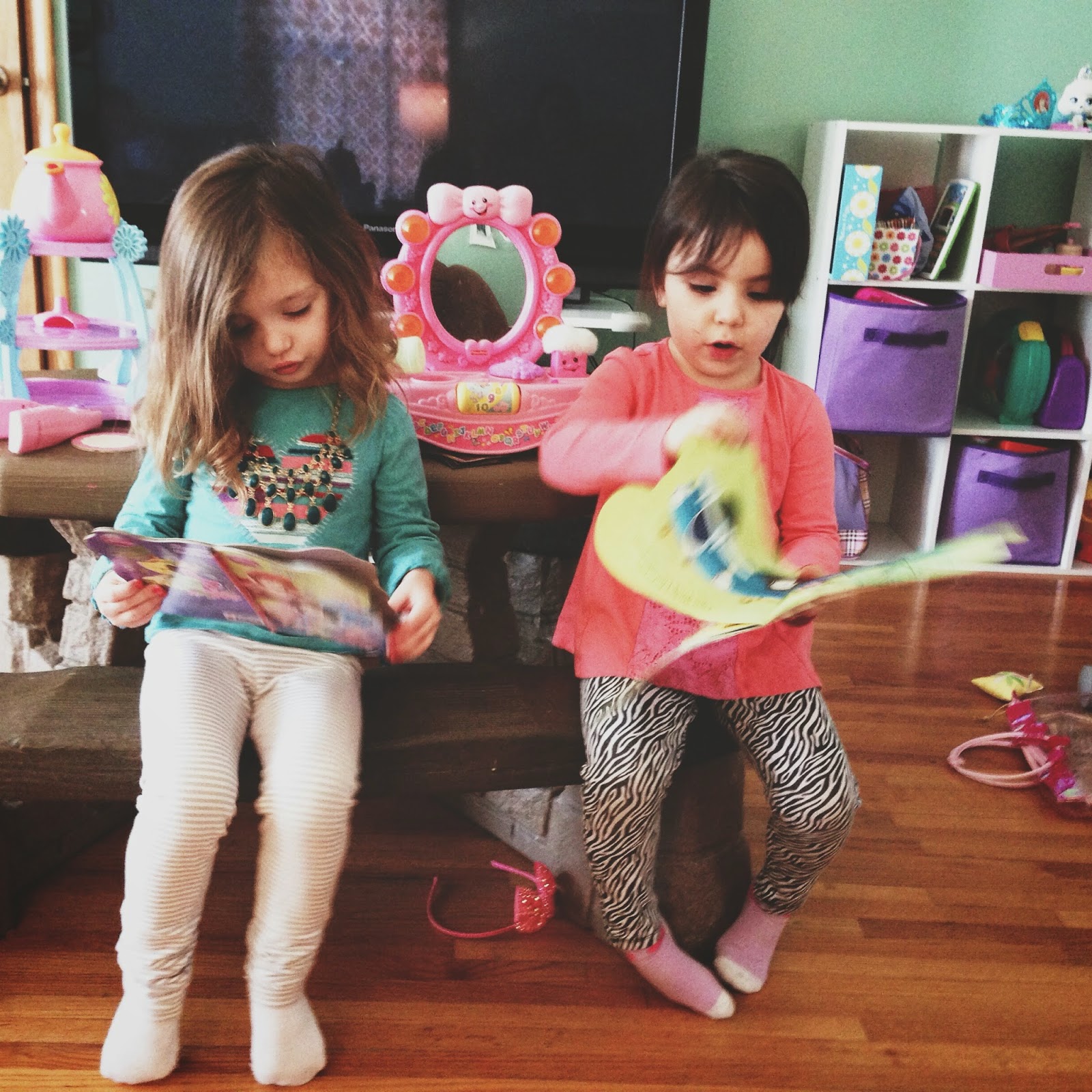 We also had Penny over, yay! Cece and I were just living it up with our best gal pals and loving it. 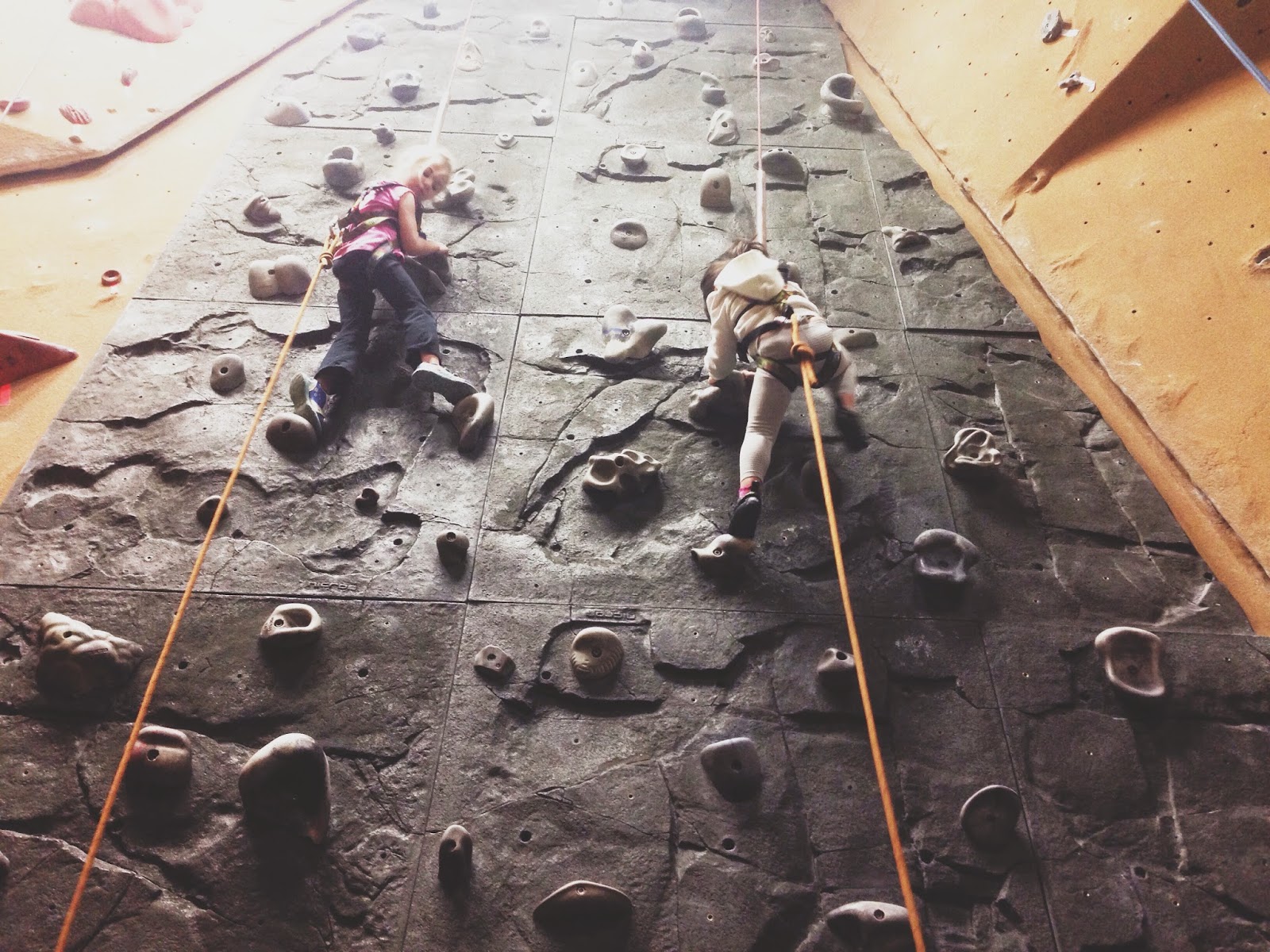 Three weeks into January and I’m very happy with how active we have been as a family. Joe and I have been consistently going to the gym and I’ve even been back to Zumba. But what’s really worth mentioning is that in addition to taking Cece skating, we’ve been able to take her rock climbing. She has been anxious to grow taller and try it for herself. So we purchased a tiny harness for Cece and now she’s a girl on fire.
Joe and I were practically bursting with pride when she climbed her first wall with no fear. (Although she did announce to me her concern that her hands were dirty once she was almost at the top.) We’ve been able to take her climbing at REI with us and also to Vertical Endeavors in St. Paul. She keeps asking when she can go again and I’m thrilled that she likes it so much so far. It’s just a great way for her to learn that in addition to being a princess, she is strong and very capable of doing challenging things. 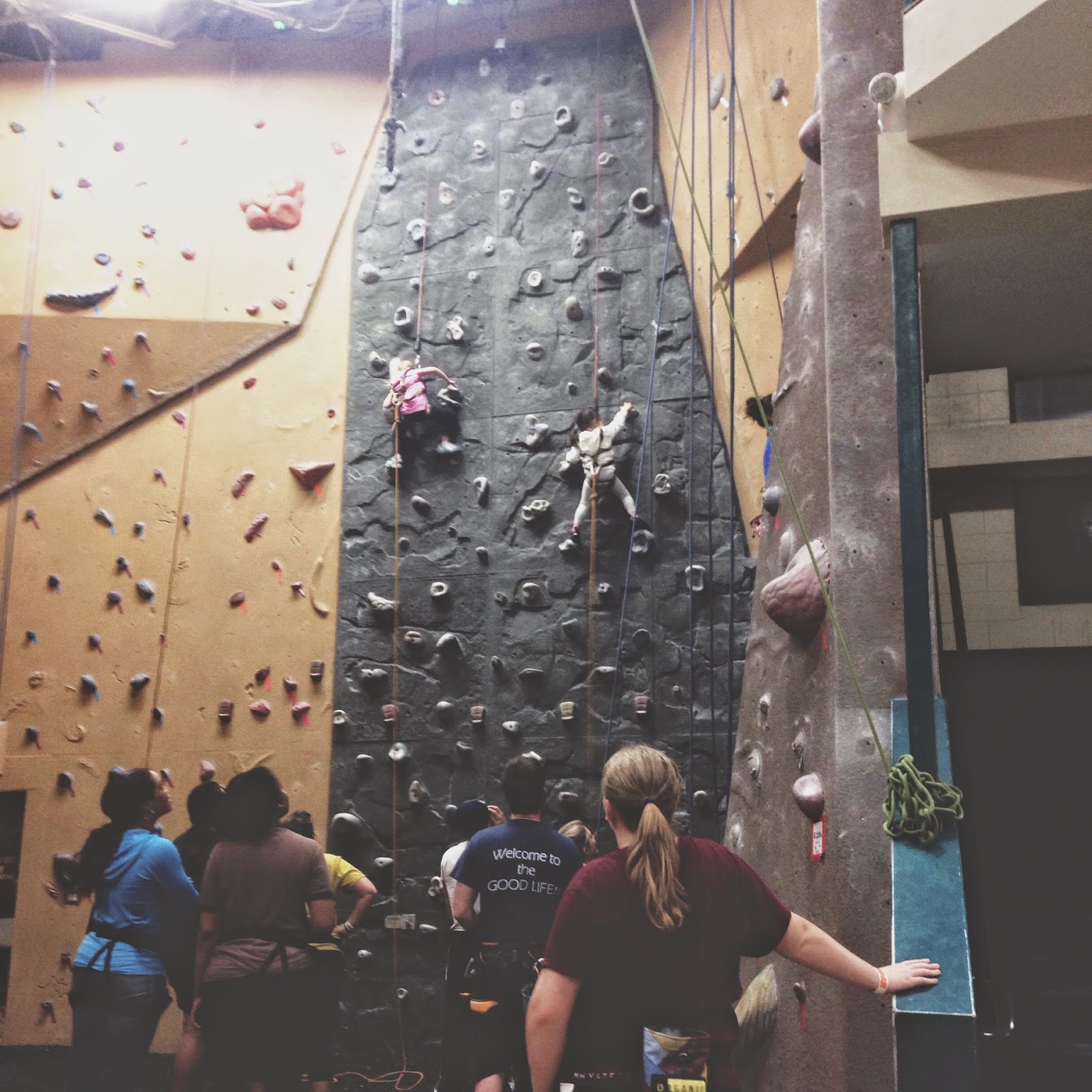 (Cece is the munchkin on the right. Apparently these little ladies had a captive audience!) 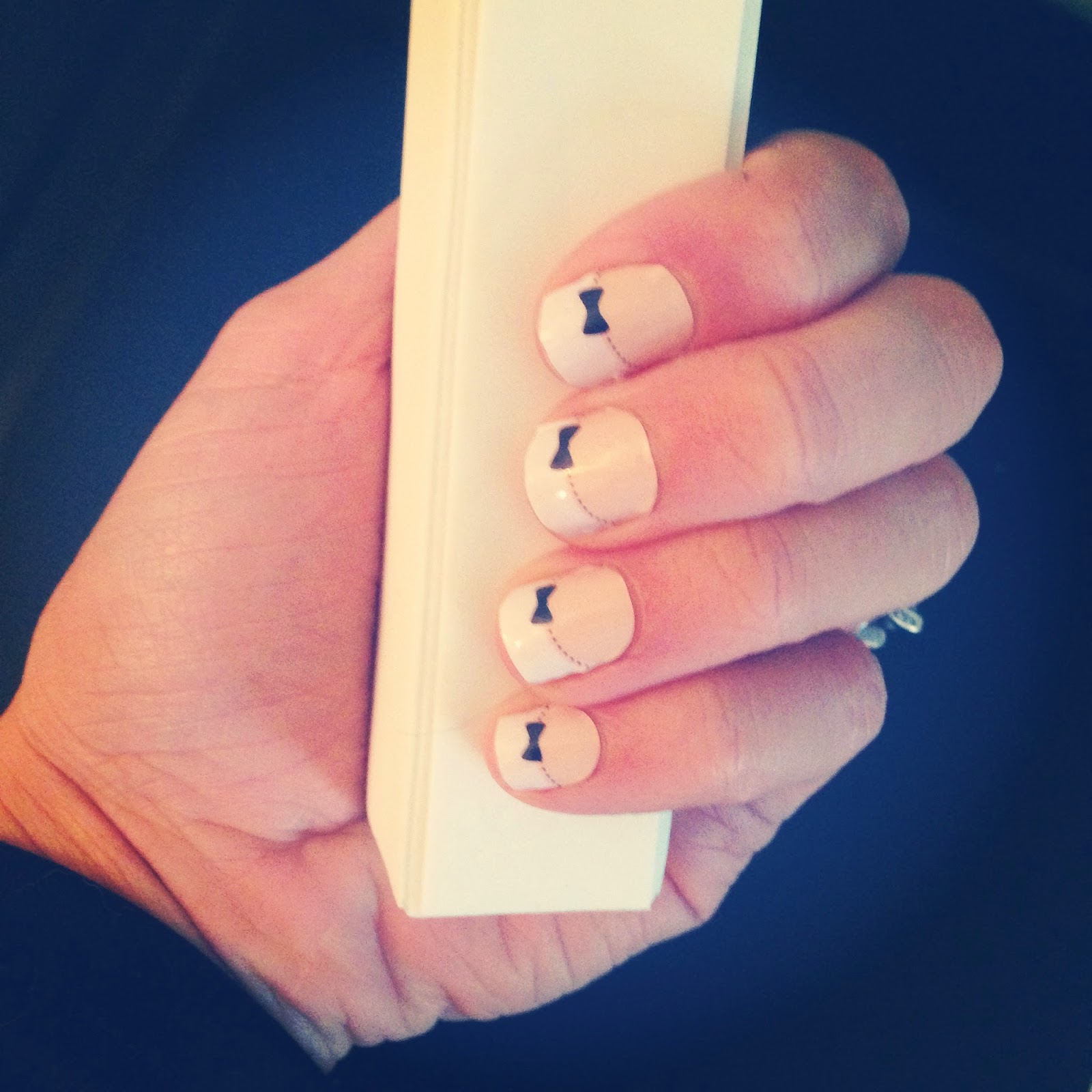 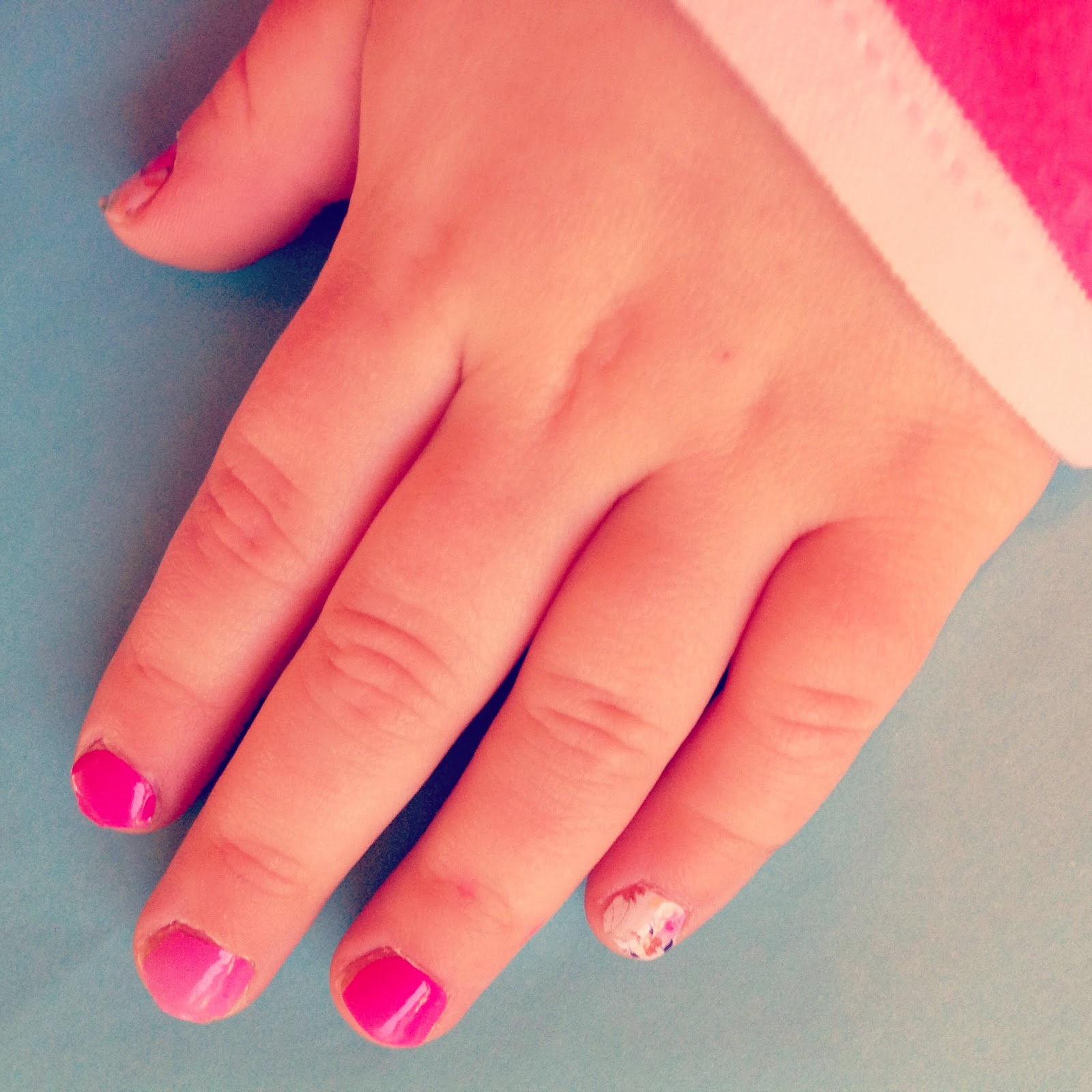 Lastly, this January I became a sales consultant for Jamberry Nails because I love my stylin’ manis and pedis so much. I enjoy these for many reasons, but mainly because I can easily apply these at home while drinking wine.  My Facebook launch party is currently going on right now, so let me know if you’d like an invite! My site is here if you want to check them out. They’re just fun. And that concludes my sales pitch for today ; ) 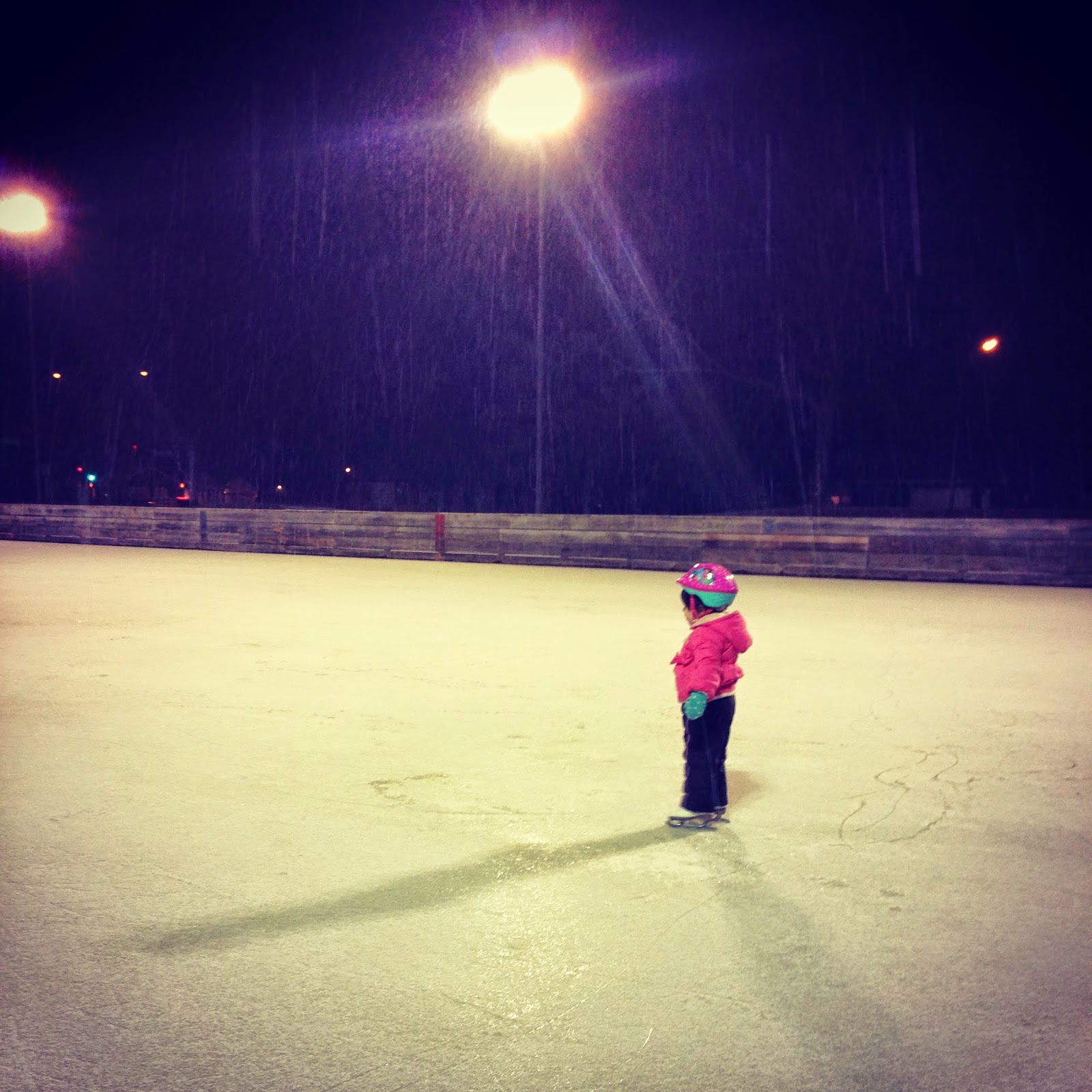 So there you go! January in a blog post for you from Mrs. Brightside. Hope 2015 is treating you real nice thus far!