Skip to content
It really happened! After being married for almost five years, we can now cross of “honeymoon” off our to-do list.
Below are a few photos taken with my phone. 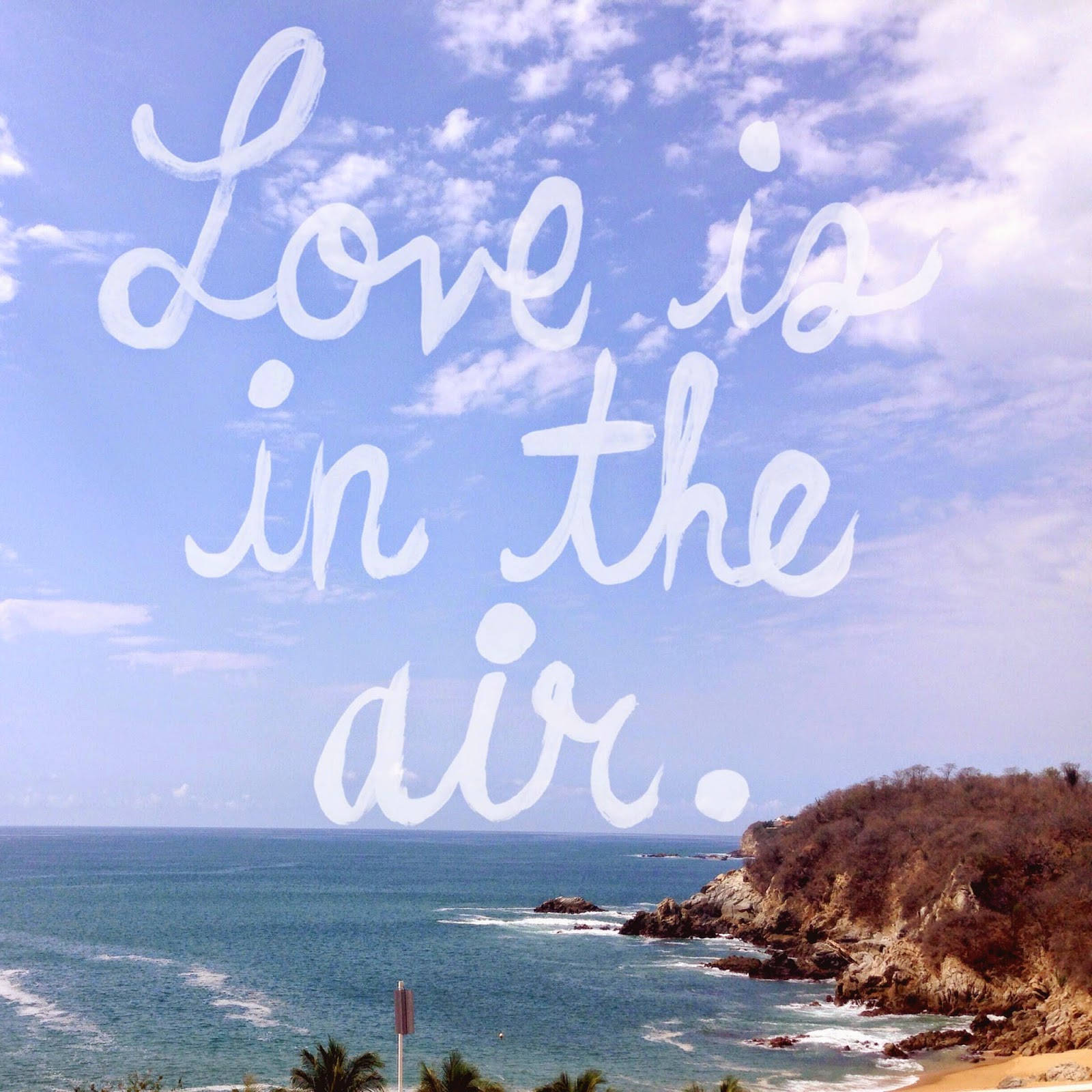 We spent all of last week, Saturday through Saturday, in Huatulco Mexico. We stayed at the all-inclusive resort Secrets. As cheesy as it sounds, the resort had extremely nice accommodations. 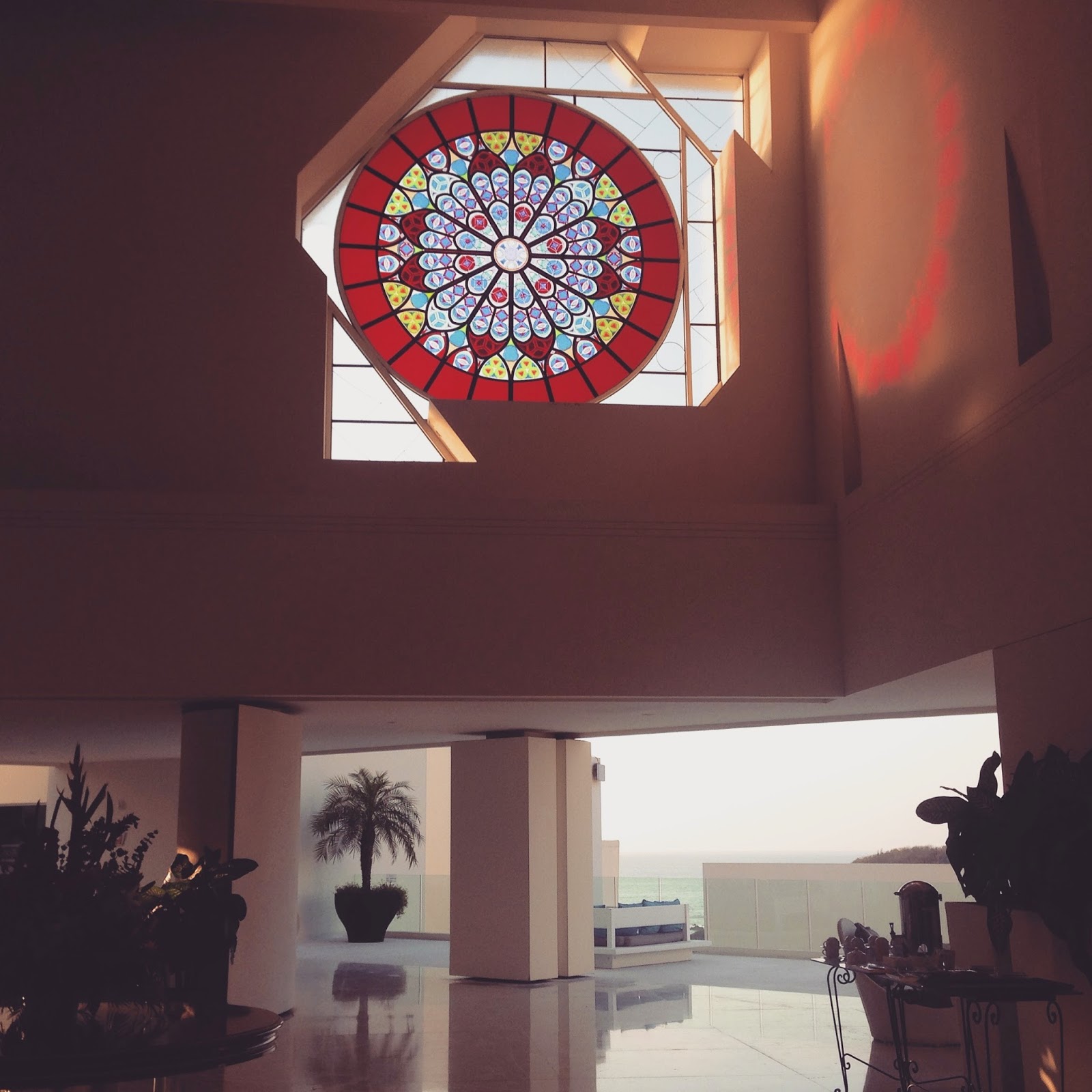 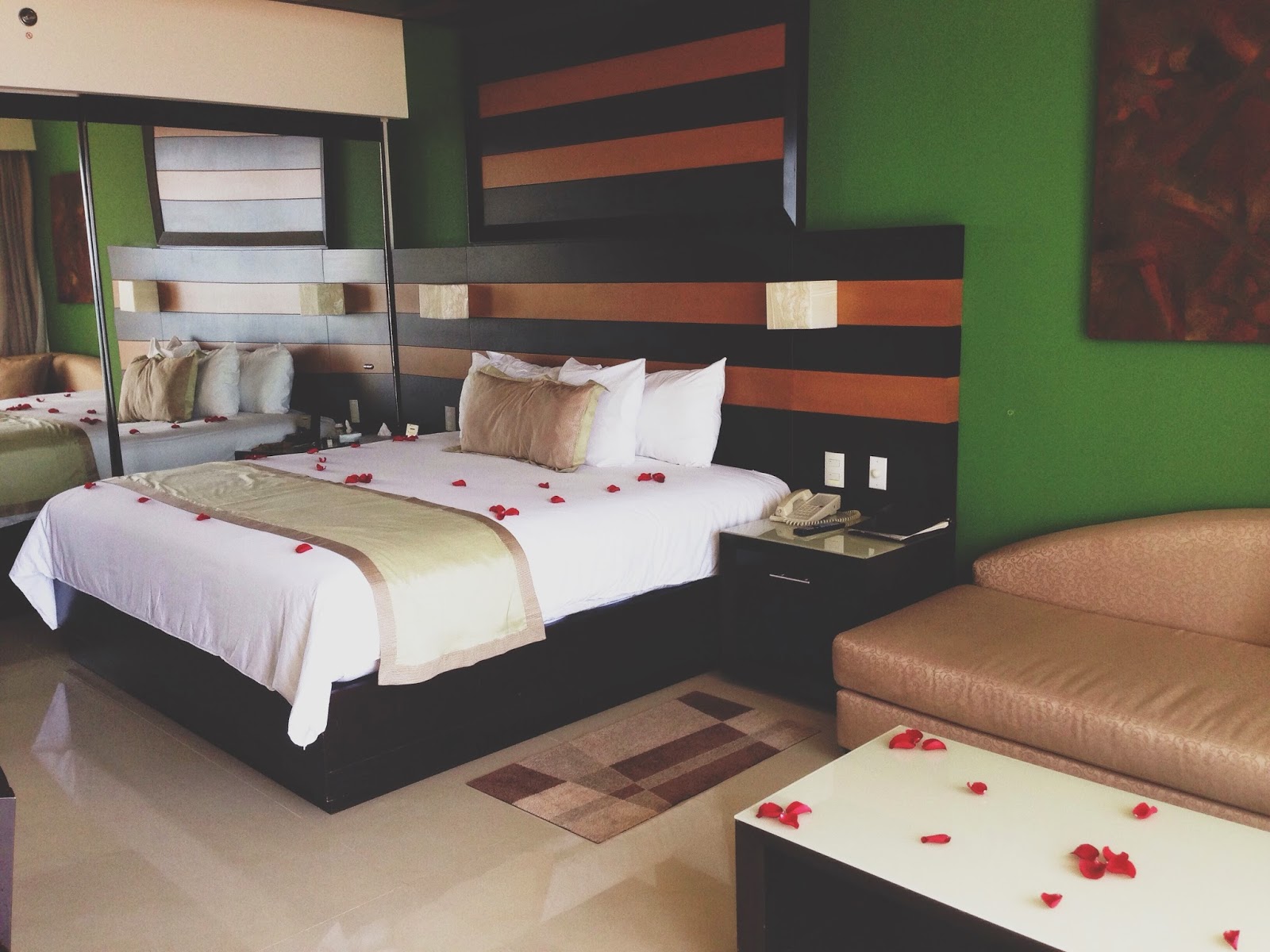 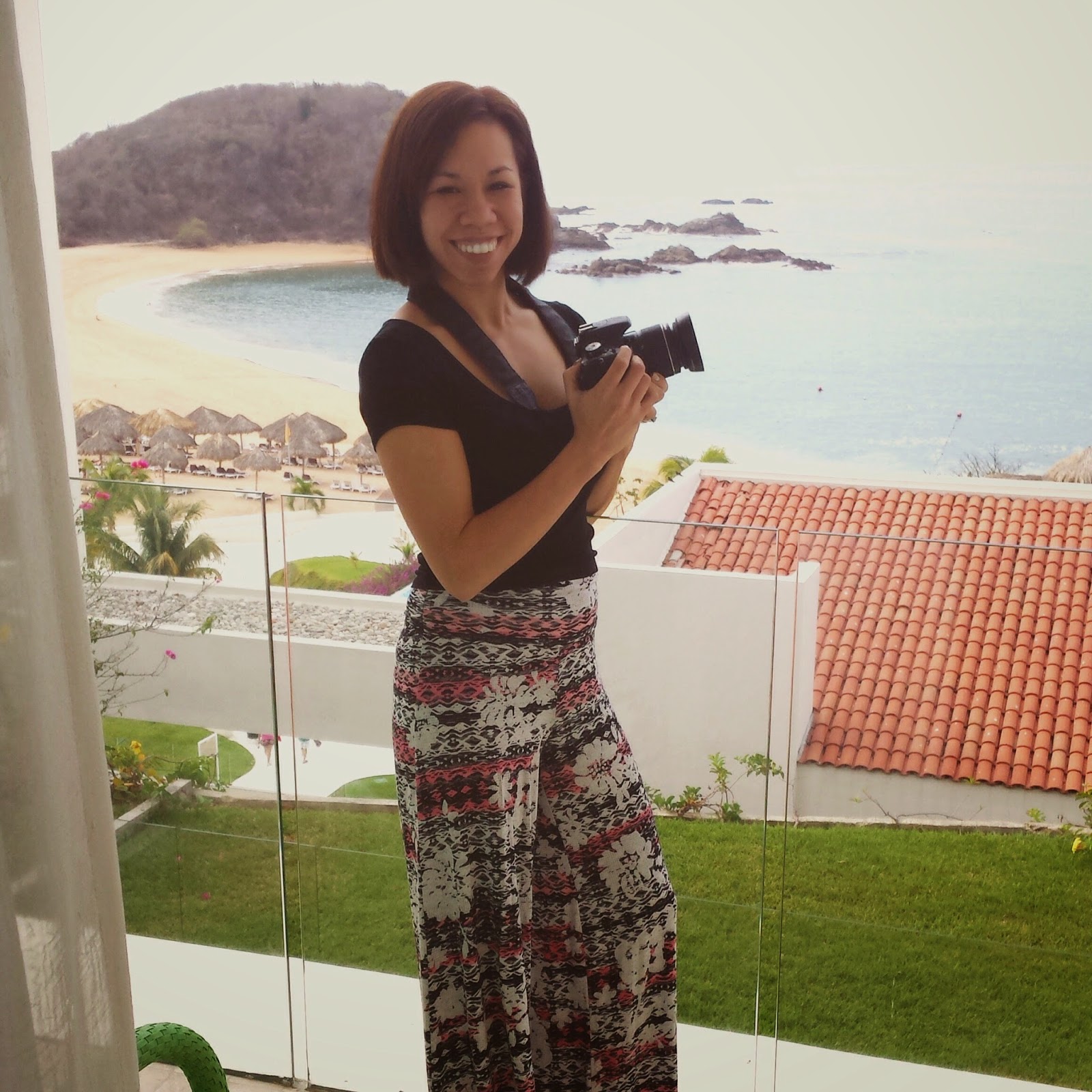 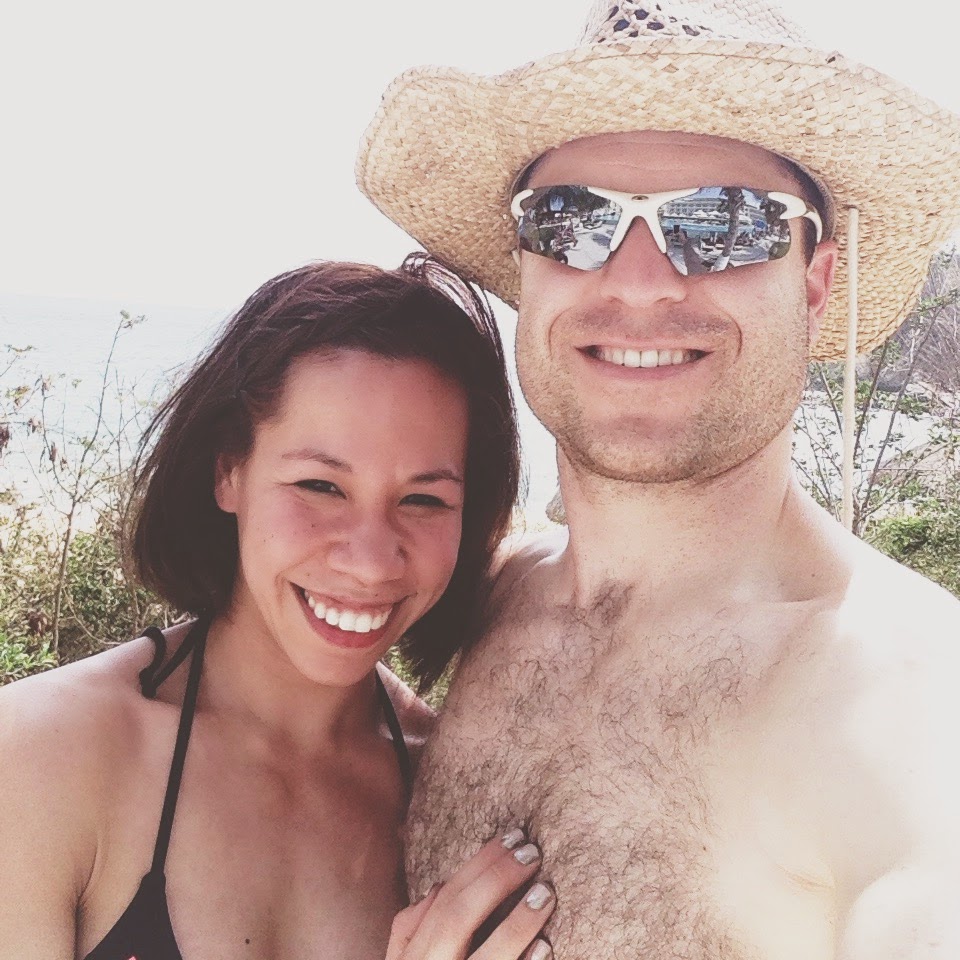 We always made time for lounging and reading at the pool, but most days we actually kept to a schedule! We would start the morning at the Coco Café (smoothie for Joe, donut for me) before having second breakfast, which meant either ordering room service or hitting up the buffet(all included!). Then we would do 9 am yoga followed by archery and/or the fitness center. Then we would change for the pool, hang out and have lunch there. The afternoon’s activities would normally consist of several games of water volleyball and beach volleyball. Joe also squeezed in some games of bocce ball and horse shoes. And we tried paddle boarding one day. Do we know how to relax or what??? 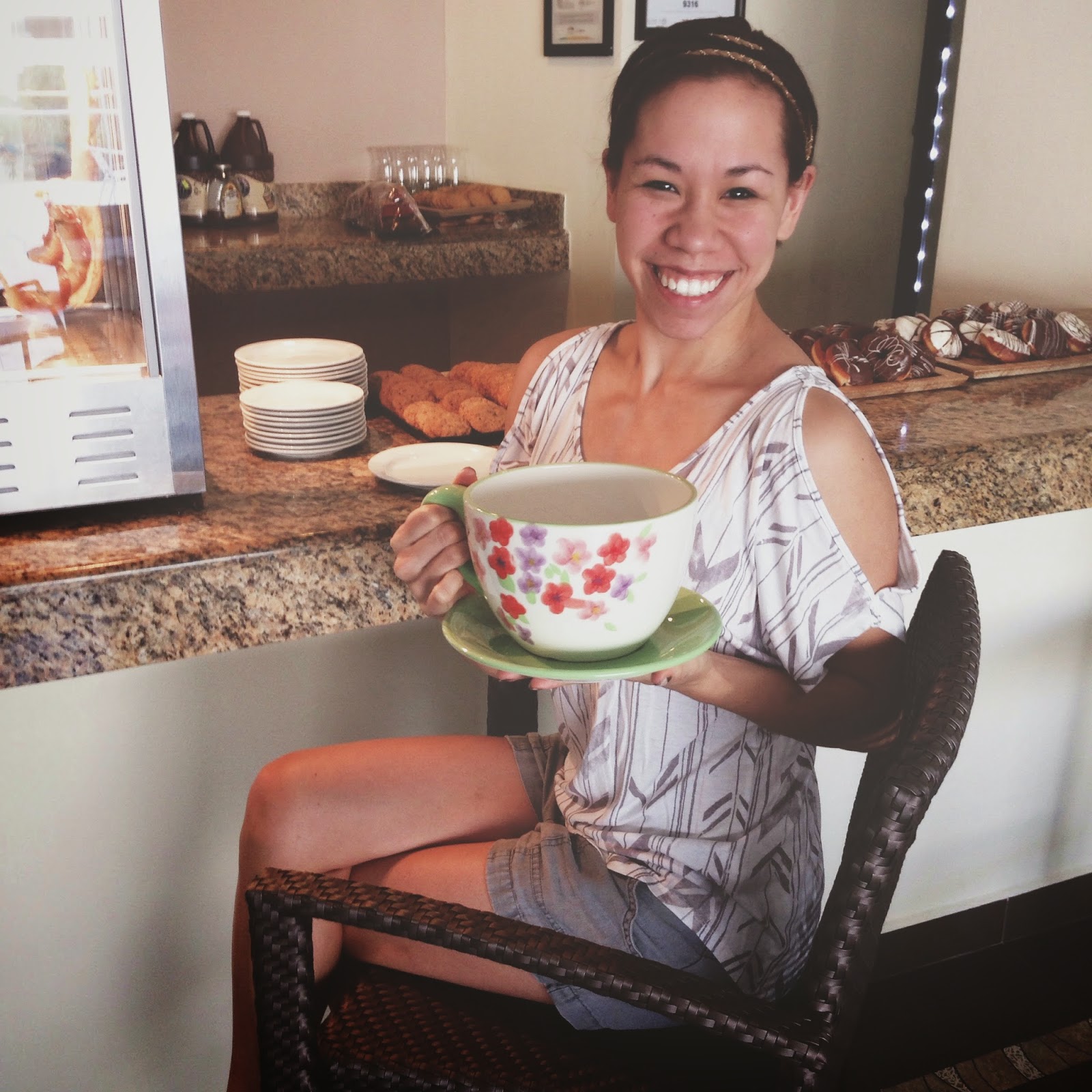 Me and my donuts. I love donuts. I probably was a donut in my past life. 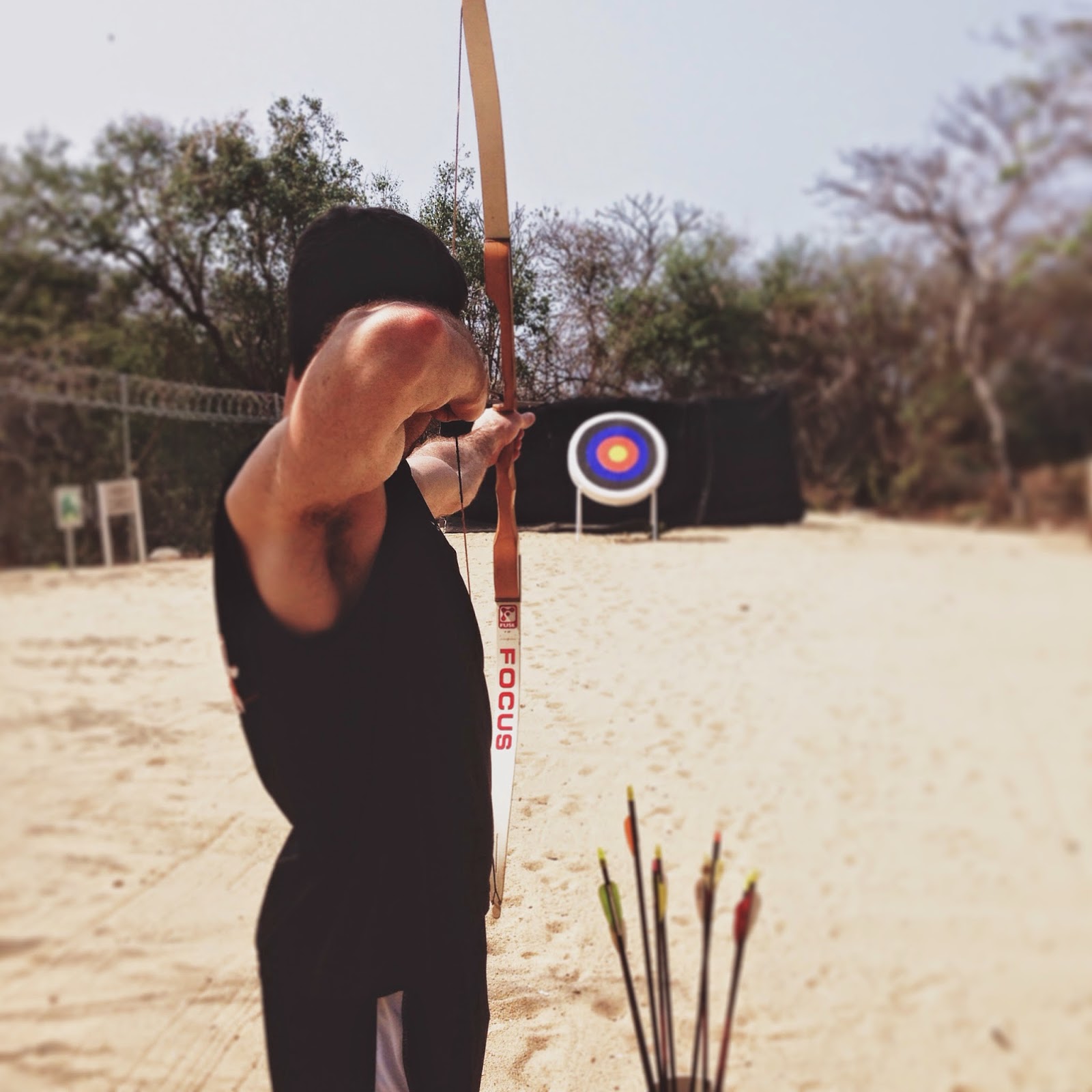 The archery instructor told Joe “How do you say… there is no one like you!” Joe already knew this, but affirmation is always nice. 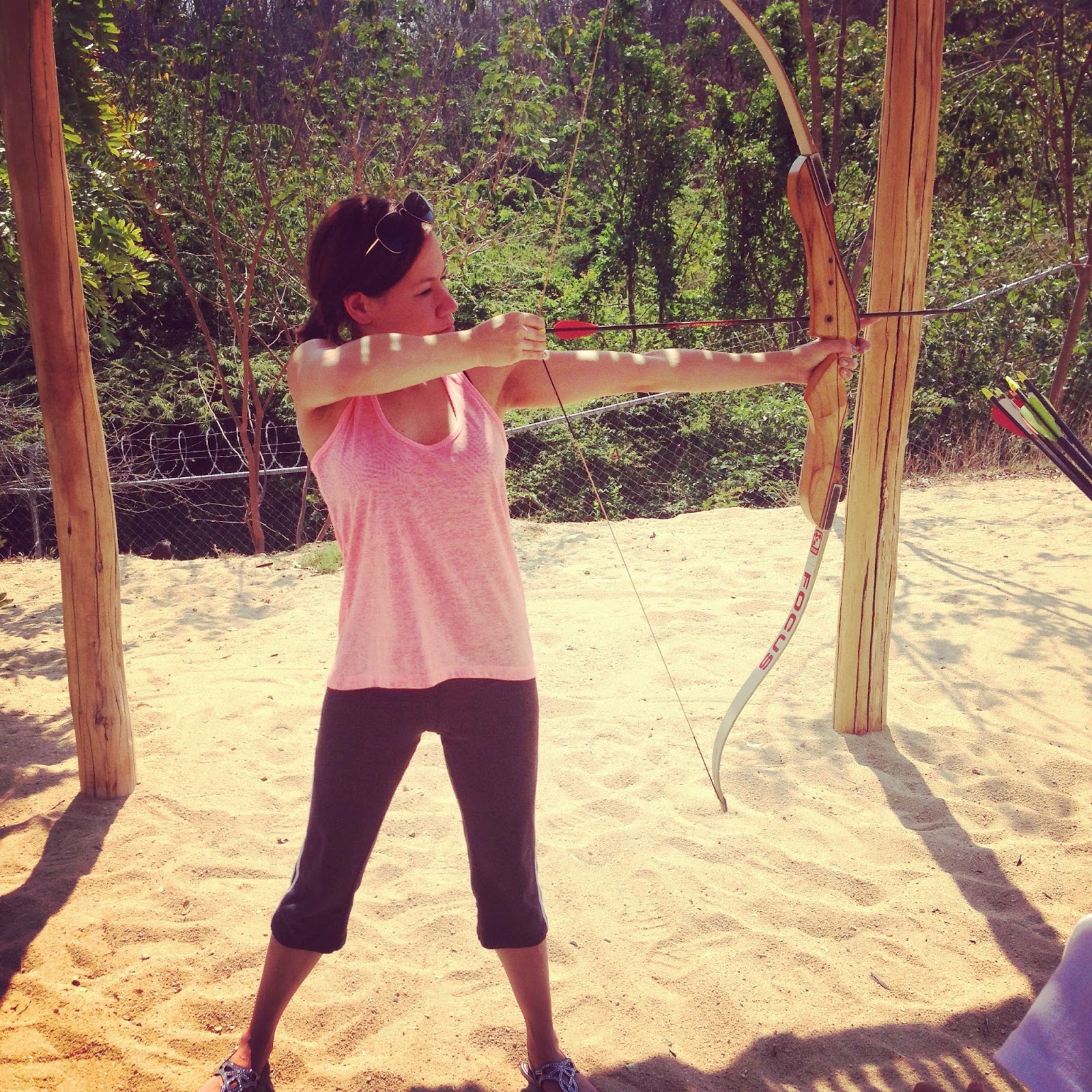 You probably thought this was Katniss Everdeen on vacation. Nope! Just me! 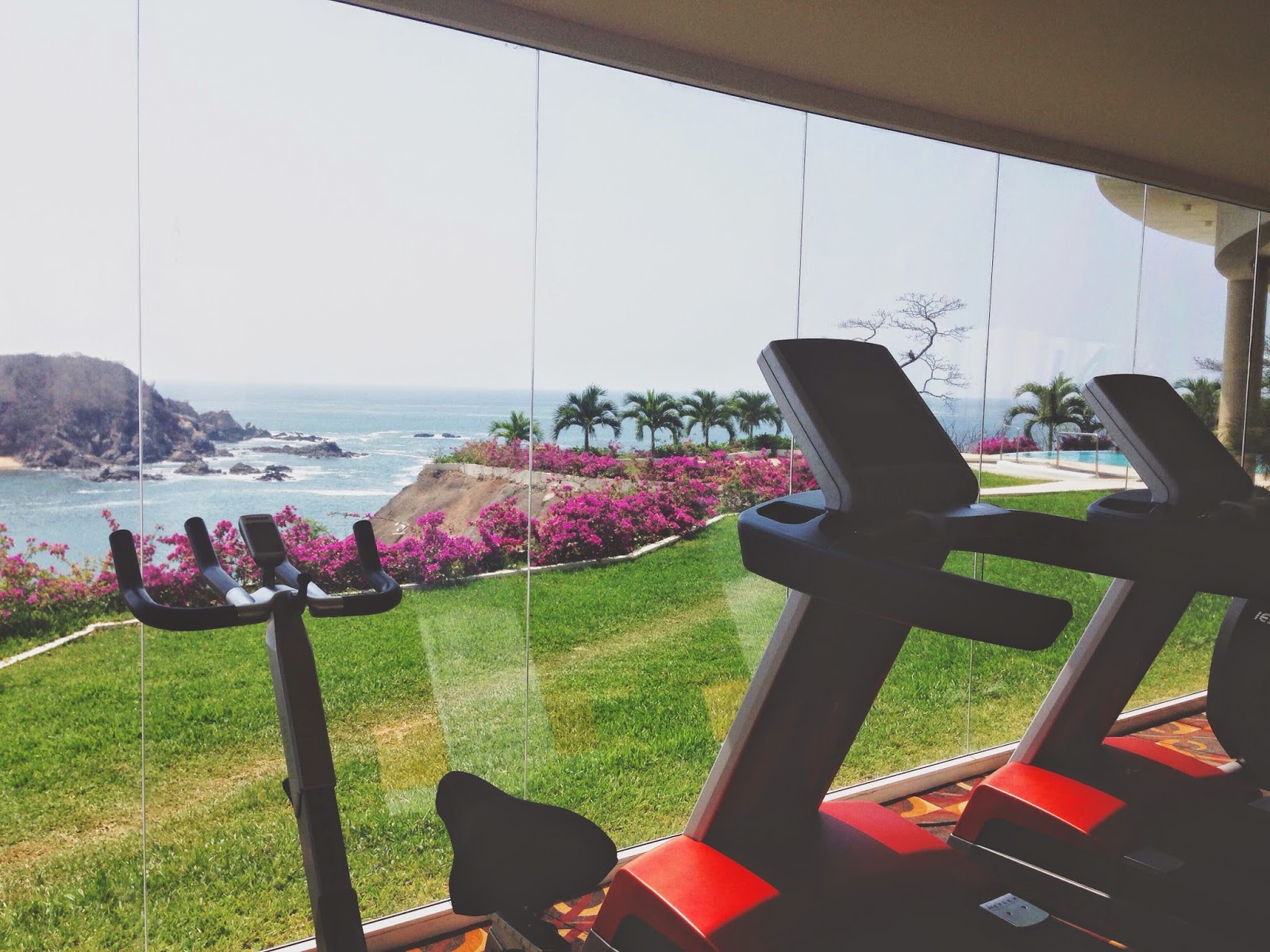 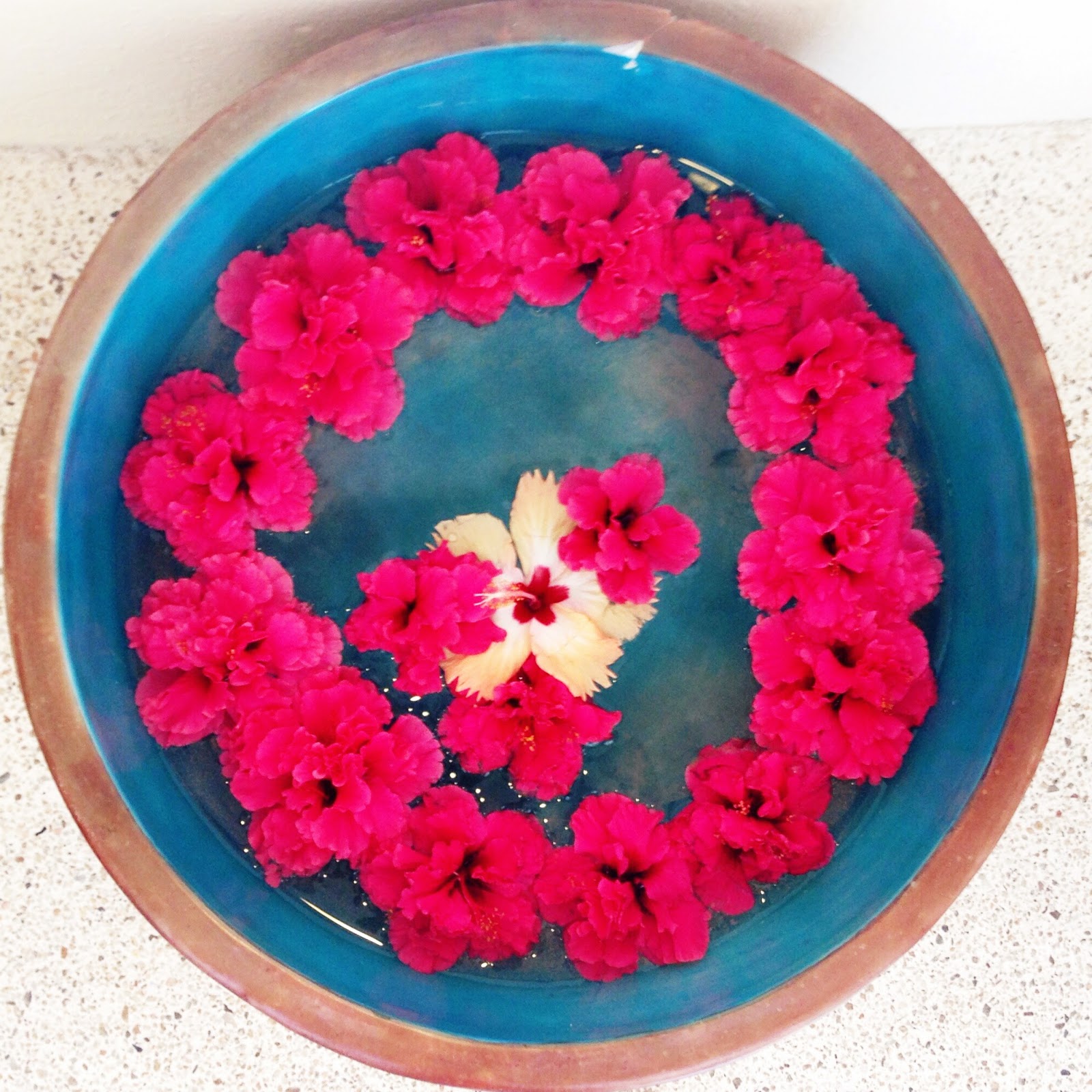 (How am I supposed to return to LA Fitness in Richfield now? Just saying) 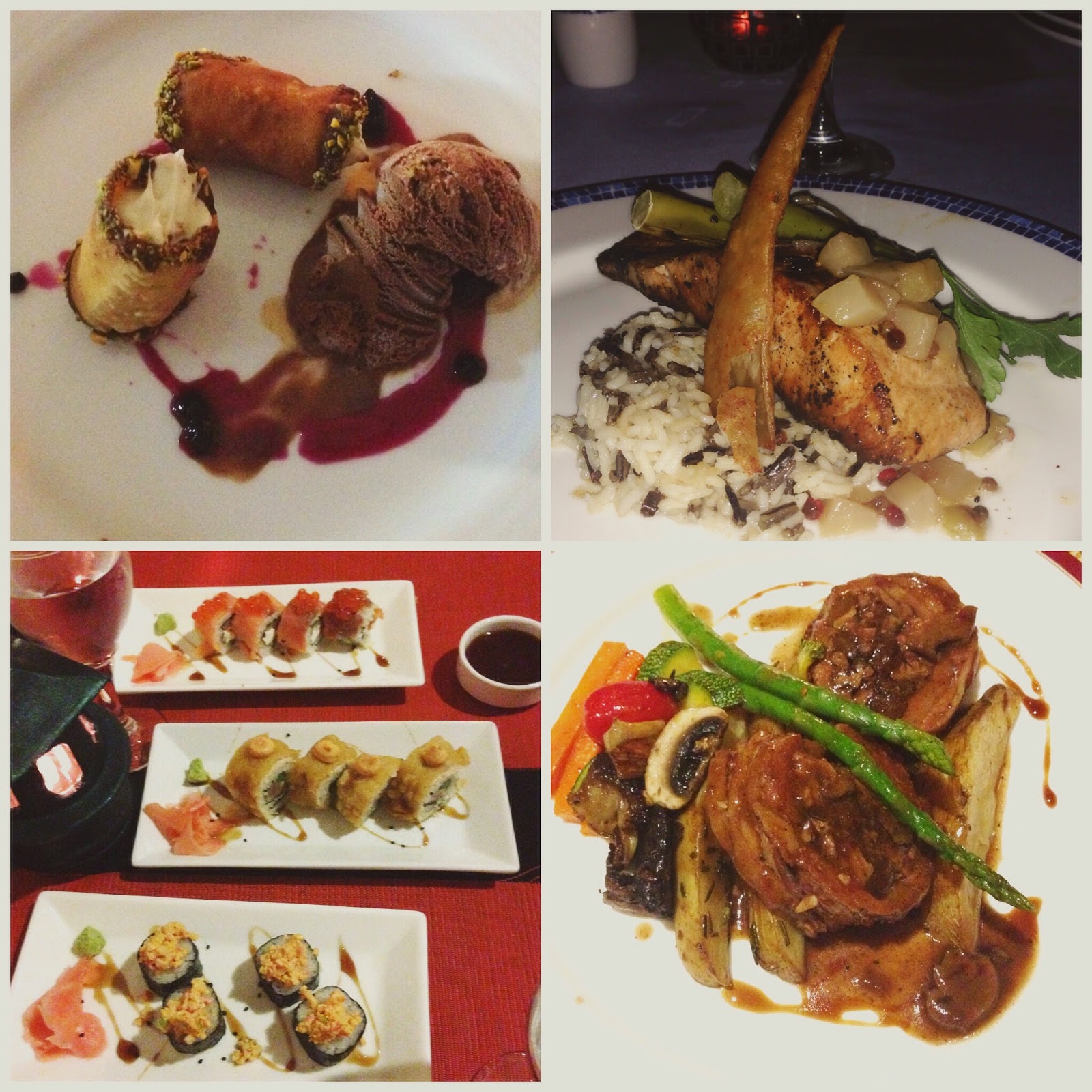 The restaurants served scrumptious food. Again, it’s tough coming home where there is no one to serve me several courses for dinner of various cuisines. Bummer for sure. 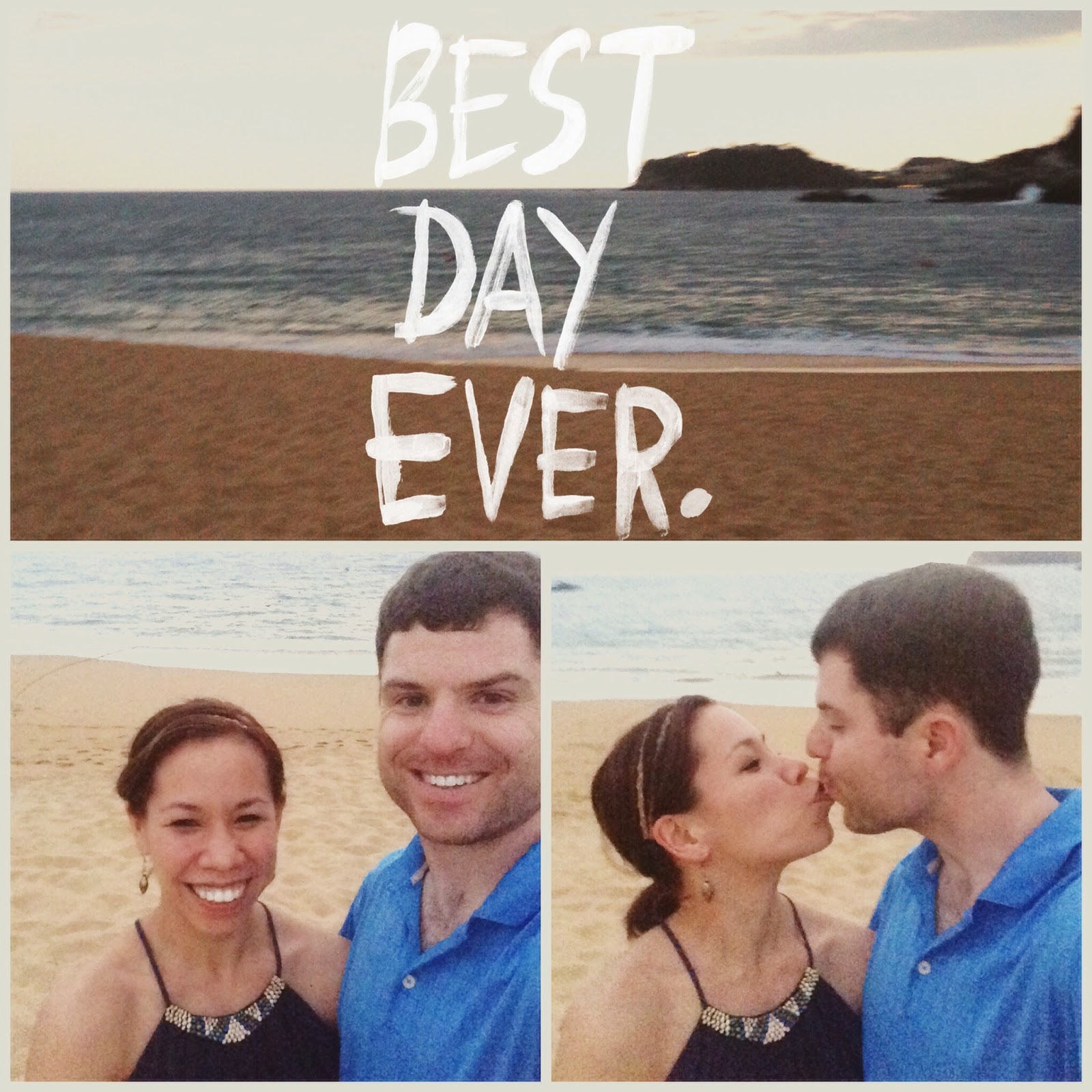 We strolled along the beach one evening, watched the sunset, and saw some crabs scuttle around. What a cliché thing to do on one’s honeymoon, but still so nice! 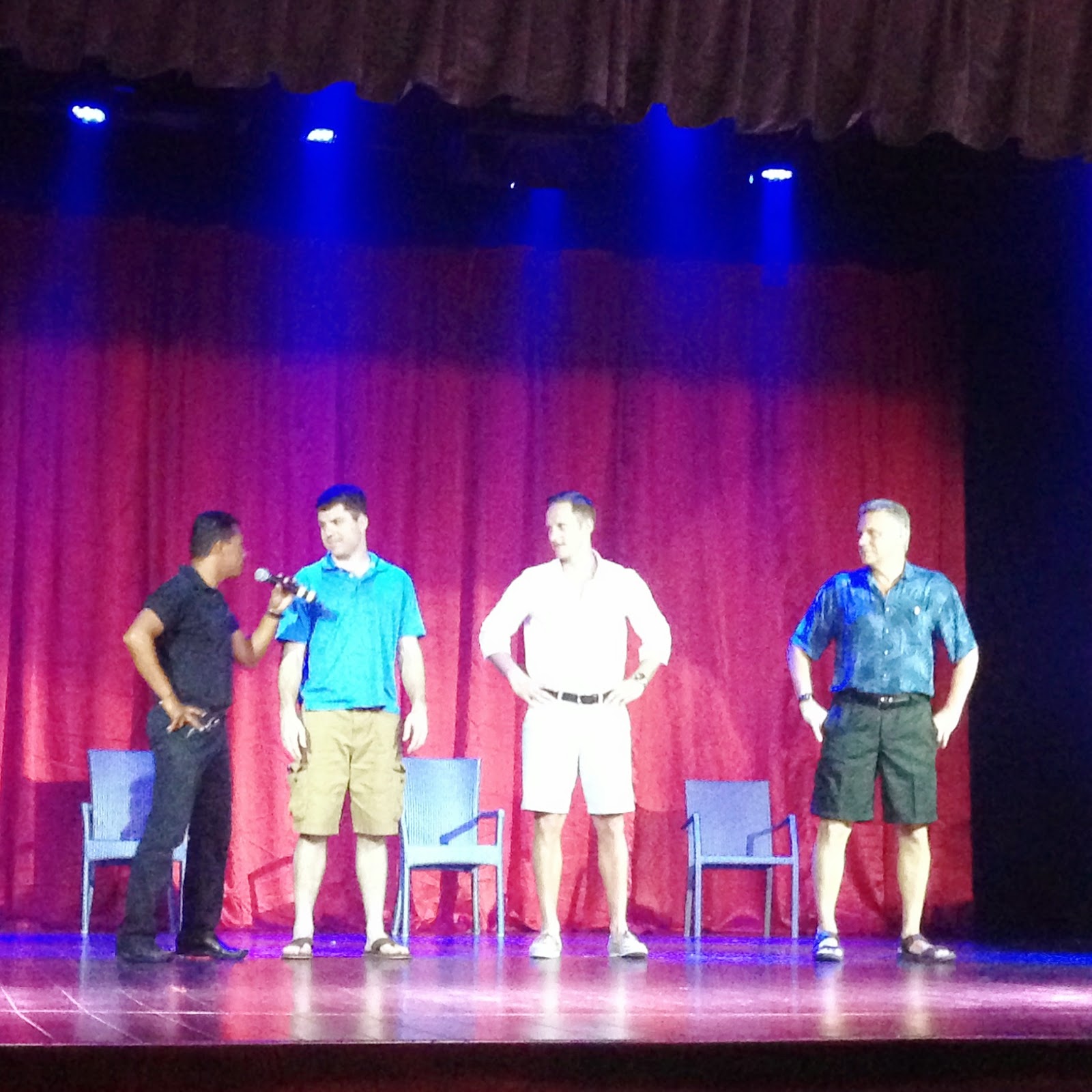 On Tuesday, Joe was asked to compete in the Mr. Secrets competition. Since neither of us can resist attention or being in a beauty pageant, he obliged. Although he didn’t win the title, he certainly made a respectable appearance. He had to do push-ups with me on his back, complete in an obstacle course, do some posing, and a little lip-synching. And we received a bottle of champagne, so really, that’s winning in my book. 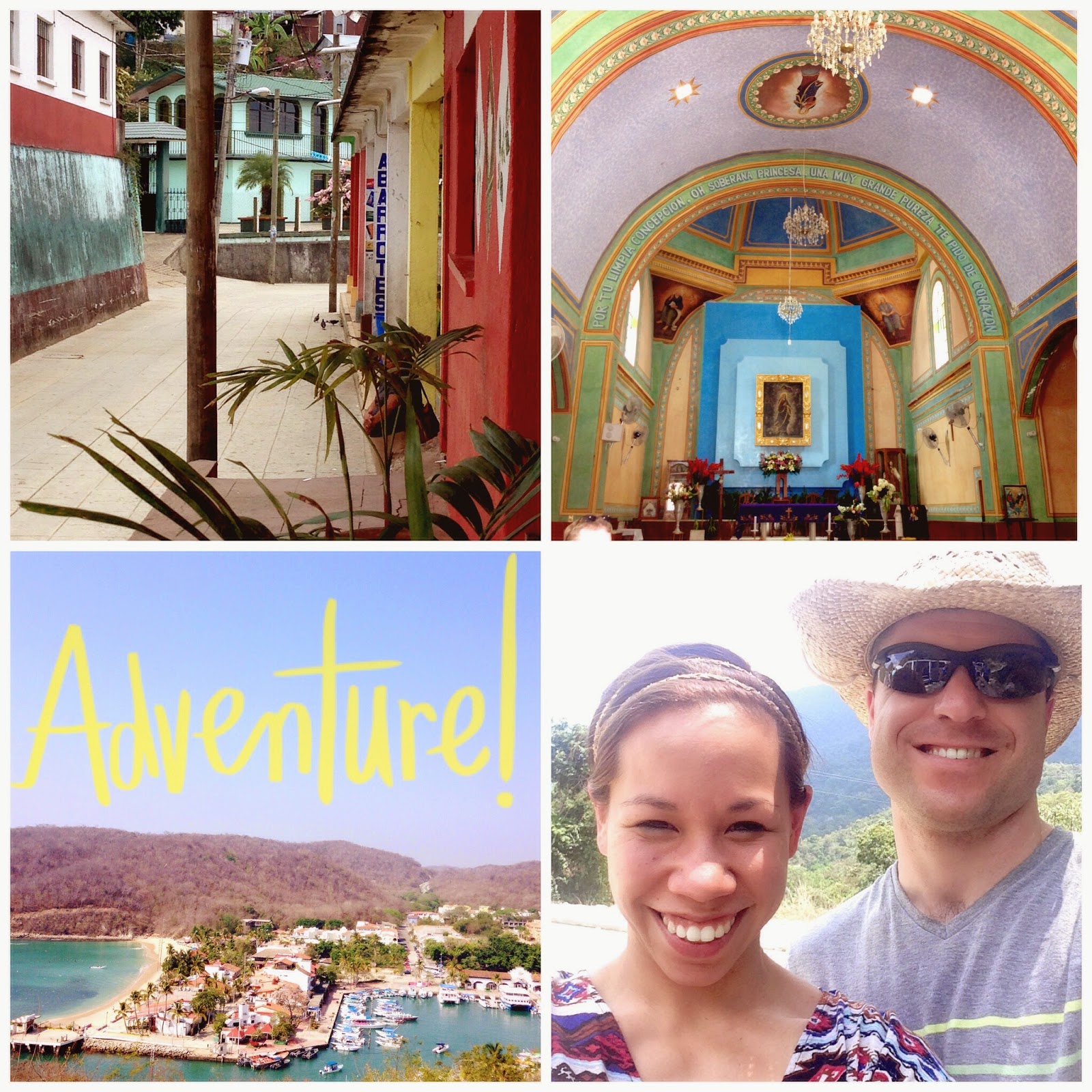 Our one excursion we took was the “Three Levels of Hualtulco” tour. More on that later! We visited the town of Santa María, ate some freshly made bread and tortillas, and of course, had our van break down on the journey to the most important level of Huatulco (the level that grows coffee). 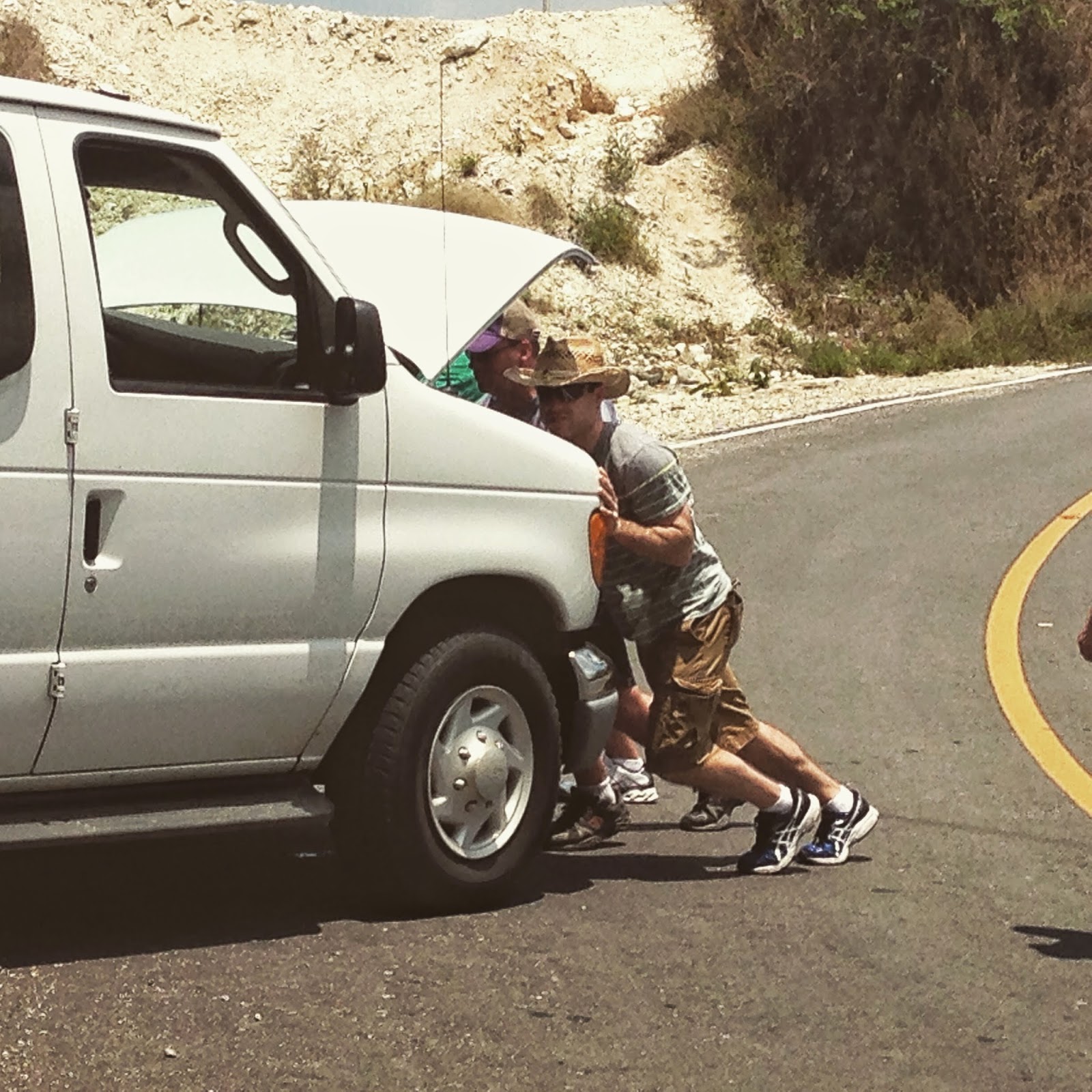 By the way, you haven’t really lived until your mode of transportation breaks down in the middle of nowhere in Mexico and the only thing to drink is cerveza since the fresh water had been poured on the radiator of the van. But we made it back to the hotel eventually!
Unfortunately, after going to bed that evening, I ended up not being able to sleep because of severe stomach pain. In the morning I saw the hotel’s doctor and was told I had intestinal inflammation… which is probably the most romantic thing that could have happened on our trip. Fortunately, Joe took very good care of me, even though it was the biggest wet blanket moment of my life.
Thursday was essentially lost to me as I spent the entire day resting in bed, as any core movement was very painful. By Friday morning I felt a little better and was able to go down to the pool for the last day and eat some small meals. 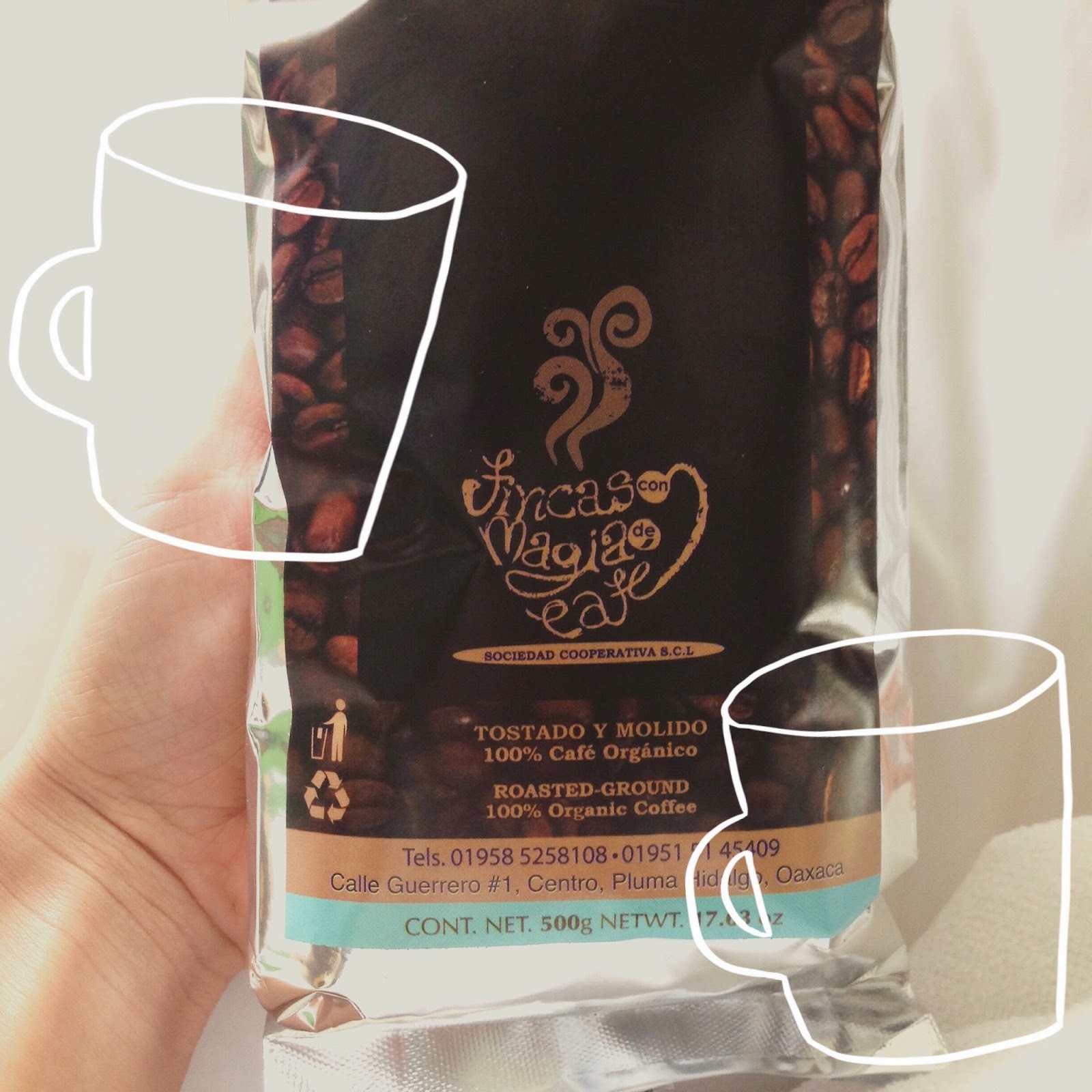 We did acquire the Oxaca-grown coffee, so really, it was all worth it in the end. 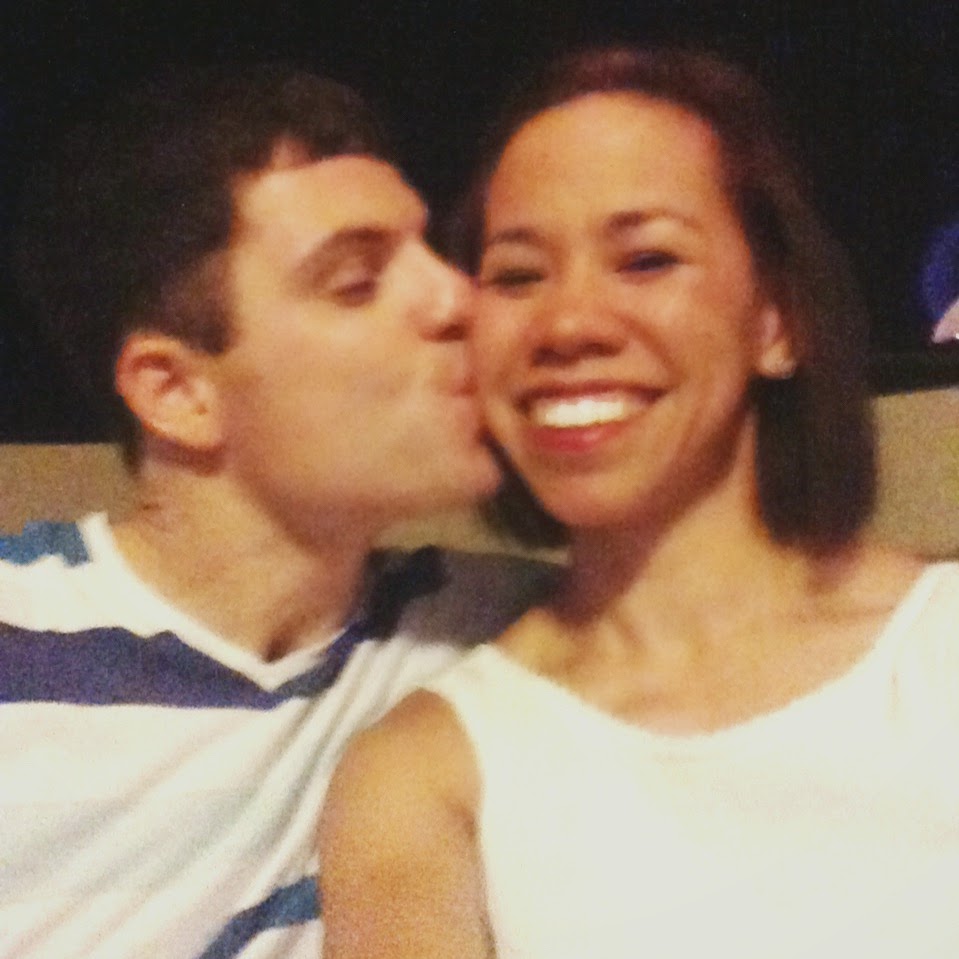 And even though we have been married for nearly five years, people assumed we were newly-weds and were surprised to hear that we also have two kids! Maybe we don’t look as weathered as we feel?
For the most part (aside from the transportation and tummy troubles), the week was everything we hoped it would be. Hot, sunny weather, endless delicious food, gorgeous views, lots of lounging with having nowhere to go and having all day to get there.
The first few days I missed our little ladies terribly, but we were fortunately sent lots of photos and got to FaceTime on a couple occasions, so that eased my mind a lot.
A few more photos to come with my real camera!