Skip to content
Before the whole world boards the Christmas train, I need to at least post about Halloween (which was almost two weeks ago now!) 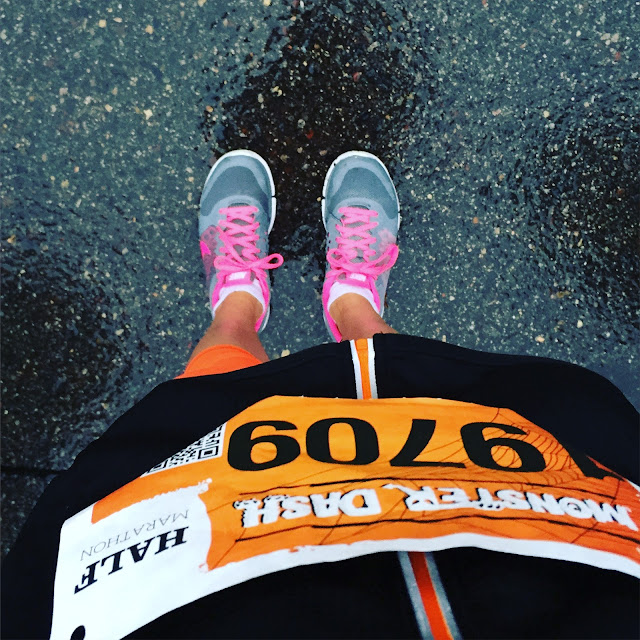 I made the last minute decision to run the Monster Dash half marathon the morning of Halloween. (By last minute, my sis-in-law had offered her bib to me a week before the race and I agreed.) This was unwise for so many reasons. One being that I’m not a runner. I haven’t run at all lately and it was too late to train. Secondly,  it was wet and super cold that entire morning.. But, thanks to adrenaline and sheer will, I finished. I was drenched, freezing, and my body was all kind of unhappy with me. 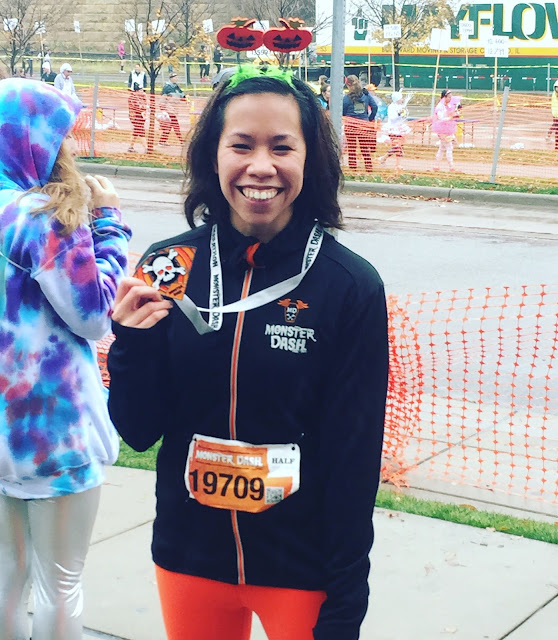 However, I did complete it and now I can check off another before-I-turn-30 bucket list item. And I got a sweet-zip up. So, I am proud.
Post race, there was a nap. 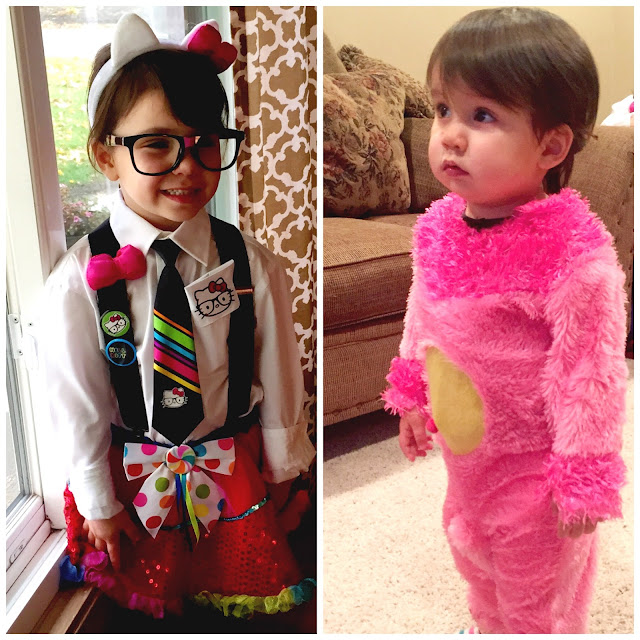 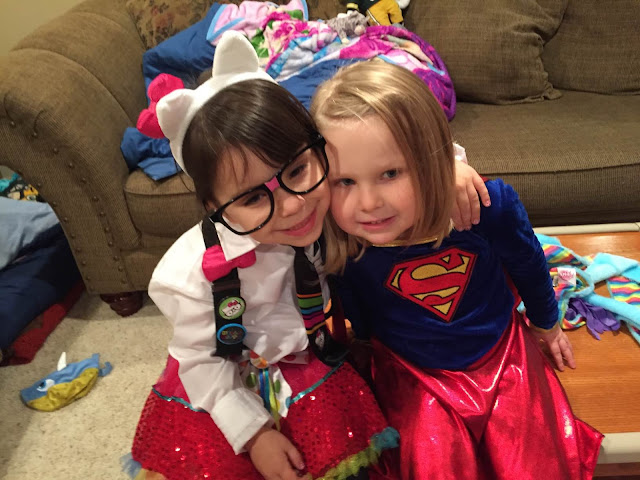 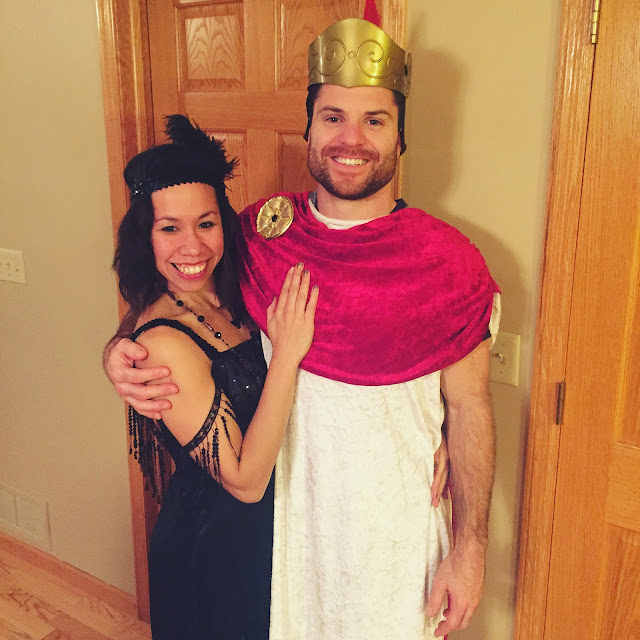 Post nap, we headed out to a small Halloween Party. Cece was loving her “Office Girl” costume as was everyone else. We attempted to find an Elmo costume for Rosie, but waited until the last minute, so she was a generic pink monster who didn’t really want to wear her monster hat, but that’s OK. Joe and I are not big into dressing up for Halloween, but this year, we managed to represent ancient Rome and the roaring twenties, which is more festive than just eating all the Halloween candy wearing sweatpants (not that I’ve done that before or anything.) 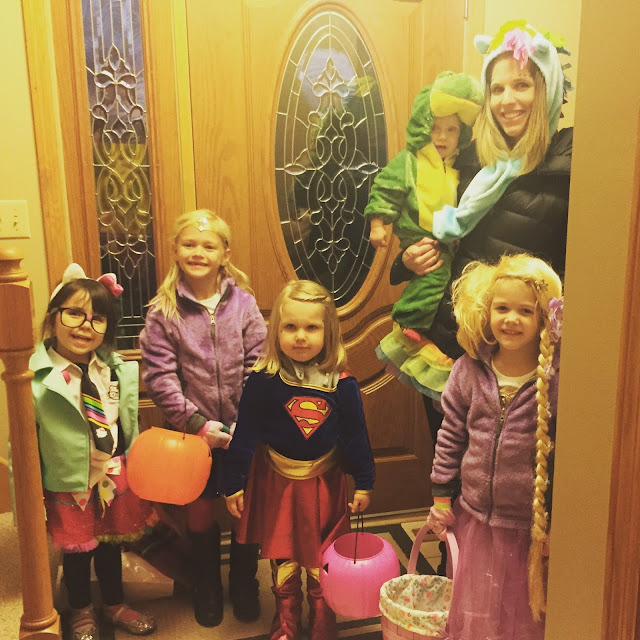 The bigger kids were able to go trick-or-treating as the weather did get a little better in the evening. I was quite happy that there was a substantial amount of chocolate acquired by Cece. (Not that I’m always picking at her Halloween candy, just sometimes…)
Hope you stayed somewhat dry and hope your Halloween was spook-tacular!