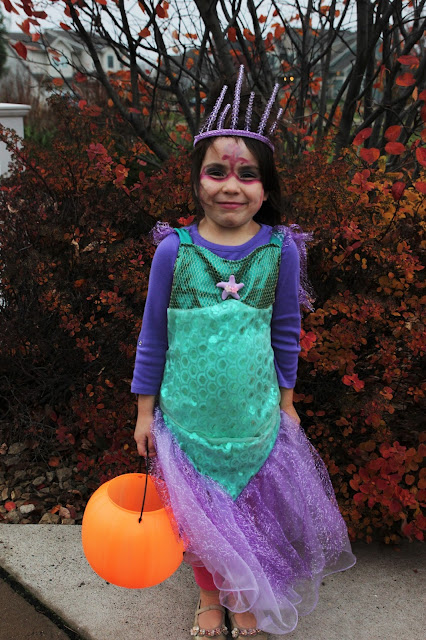 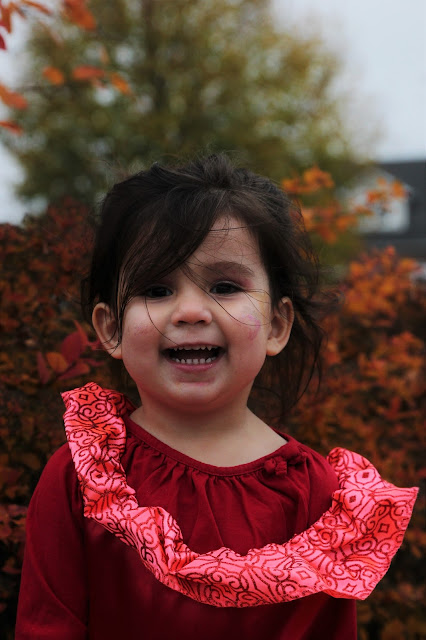 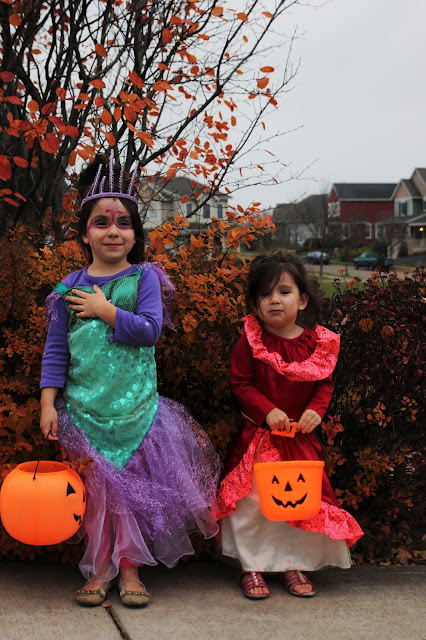 Hi, friends! Last Monday was Halloween and our first time trick-or-treating in our new neighborhood. And O M Goodness. What fun the girls had and what an impressive candy haul they brought home! (Thanks, girls!) Cece wanted a mermaid costume this year and Rosie was excited to be Elena of Avalor. The girls let me put long sleeve shirts under their costumes without any fuss which I considered a major win. (I remember being devastated to wear a turtleneck under my princess Jasmine costume one year. I just really wanted to freeze and my mom wouldn’t let me. Sigh.)
A few more photos from my phone below: 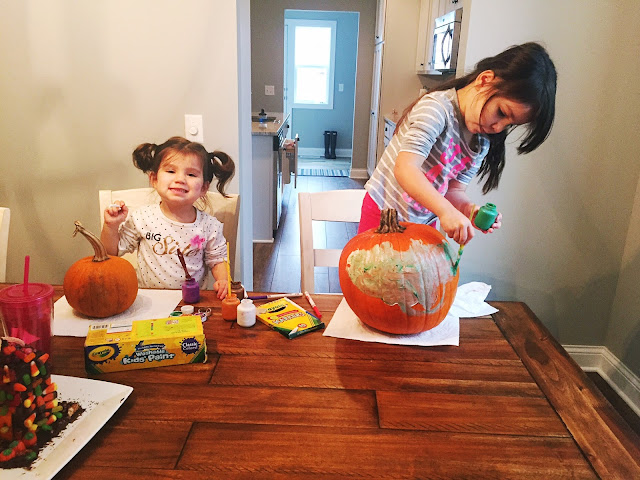 I can’t remember if I’ve ever mentioned this, but I truly hate carving pumpkins. Like, everything about the process. Fortunately, the girls were happy to just paint their pumpkins this year. Again, thanks girls!! 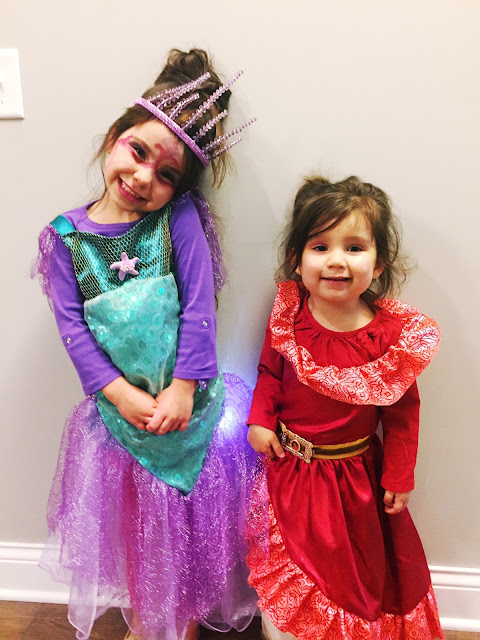 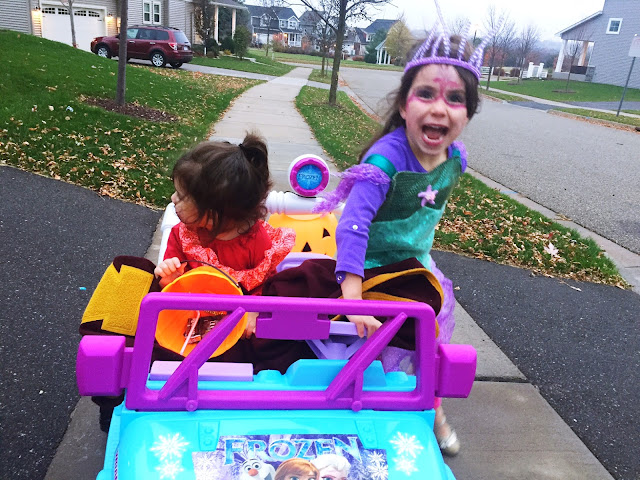 We started out trick-or-treating by cruising around the neighborhood in our fly new ride. However, the girls ditched the car when they realized it was way faster to run from house to house. 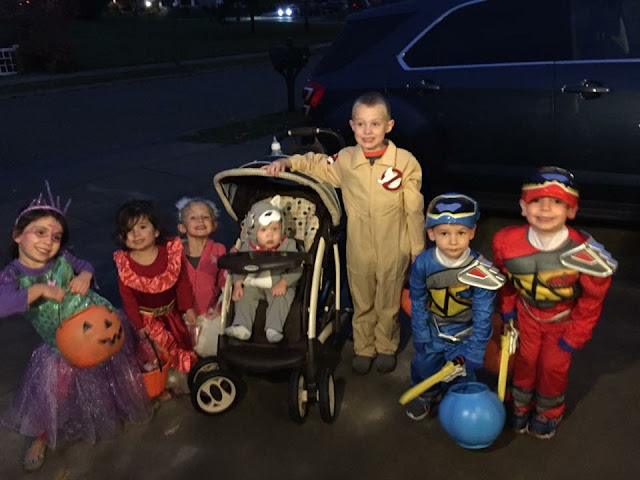 To say our neighborhood was filled with trick-or-treaters is a serious understatement. I had never seen so many kids and parents out celebrating Halloween. It really was a blast and we had a great time with some of Cece’s friends from school. I think we stayed out for about an hour and a half and then came home to warm up with hot chocolate, bath time, and the Vikings game ; )
Cece and Rosie also got to hand out candy for a little while after they came home and I think they enjoyed that almost as much as trick-or-treating itself!
Cece has already been asking how many days until next Halloween. I don’t blame you girl, this was a great one!